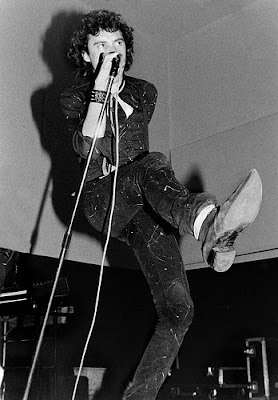 TV Smith wasted no time in moping over the demise of his former band. At the time of The Adverts break-up there was already an album's worth of material penned (material that would have under different circumstances formed the basis of The Adverts' (no doubt difficult) third album). But fate interceded and new plans were hatched.

TV Smith's Explorers played their first gig on familiar turf at the Marquee Club in London on 13th March 1980. Initially, John Towe, drummer with The Adverts and Tim Cross, keyboard player from 'The Cast of Thousands' era backed Tim up.

Effectively, the band started once again from the so called Square One, building up a reputation and following through London club gigs. Studio time was snatched as and when it was available and some excellent material started to take shape, not least in the form of 'Tomahawk Cruise', an urgent piece of vinyl that earned then 'Single of the Week' status in Sounds (a feat not repeated for another decade, until Andy Peart writing for the same weekly paper got his mits on TV Smith's Cheap's 'Third Term' single!). For sure, 'Tomahawk Cruise' was an independent success but by virtue of the unsavory and controversial subject matter, the single was pretty much shunned by radio. That is not to say that the more progressive, mature forces within BBC radio ignored the band. Far from it, as was the case with The Adverts before them, the band were offered radio sessions for both John Peel and Richard Skinner. BBC endorsement of the band went even further when the band appeared on the landmark 'Old Grey Whistle Test' program....... stuff for the serious muso...... clearly the Explorer's had learned a second chord and more.

Subsequent releases did not hit the critical heights that 'Tomahawk Cruise' enjoyed and the subsequent album 'Last Words of the Great Explorer' received mixed reviews on its release.

An ill-planned mini-German tour proved to be the straw that broke the camel's back and The Explorers were lost. Their final gig was played in Dortmund on 16th September 1981, just 18 months since their first.

When I listen to TV Smith's Explorers I hear a great post-punk band that suited the early 1980's perfectly so it is something of a mystery to me why they struggled to the extent that they did.

Nevertheless, and in this I am sure that Tim would agree' that he wasn't to see the last of bad luck when it came to being in bands. After an initial solo period, he took the plunge once again with the band format, forming TV Smith's Cheap. Once again, a brilliant band with brilliant material both musically and of course lyrically...... but Cheap died on their arse. More information about Cheap can be found here.

It seems that only now is Tim enjoying the spoils of his 40 years in the business and his music (across each of the bands... and his solo stuff) is being rightly appreciated here in the UK and across continental Europe. 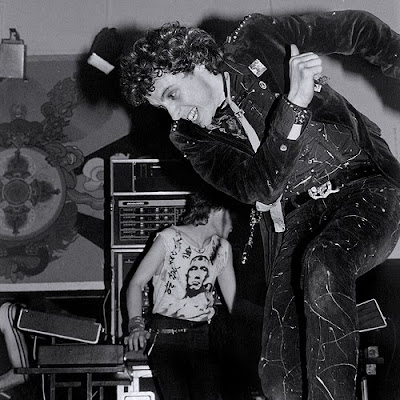