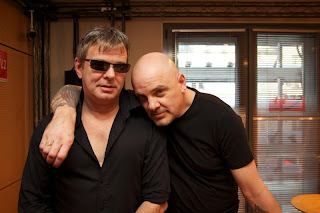 In February the band were to be found in France to promote 'Giants', with a mixture of electric and acoustic performances. Here's the audio of the acoustic session they played for French radio station RTL2. Nice sounding session with the inclusion of the new track 'Boom Boom'. 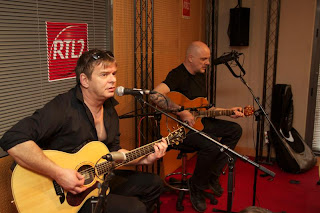 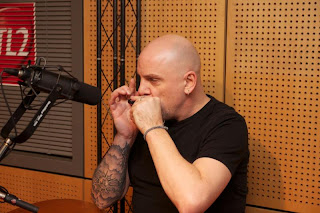 One man & his harp 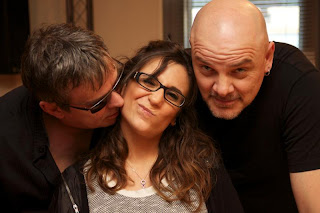 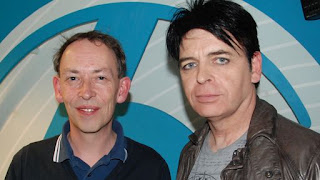 Steve Lamaq and Gary Numan
BBC 6 Music
This week, 6 Music's Steve Lamaq, in the Classic Album regular slot, turned his attention to the 1979 Tubeway Army release 'Replicas'. This album was hugely importtant to me from the moment that I got it from the one record shop in Lewes, back in '81.
https://rapidshare.com/files/86342775/6_Music_Numan_on_Replicas.zip 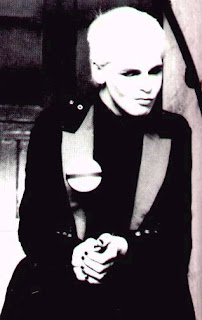 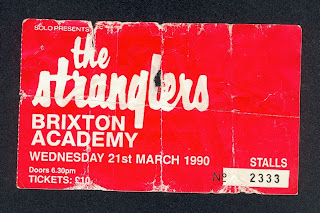 1990 was a fine year for the band, and this their second visit of the '10' tour to the wonderful Brixton Academy is a great example of the set at the time. So on the 22nd anniversary evening enjoy! 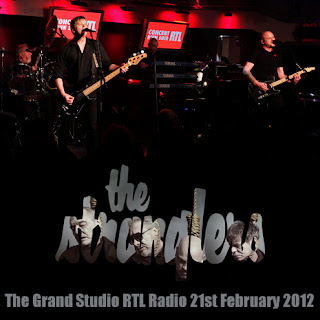 Ok here's something new. Excellent radio broadcast from late February, with the first live outings (post convention) of some of the new material. 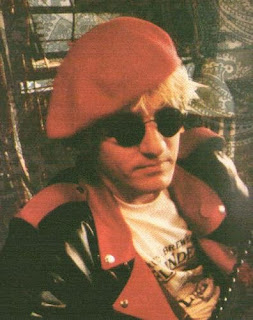 Brunel University has come up in a couple of posts on here since I spent four years there pouring over chemistry text books and slagging off students (I don't think I ever really embraced the student lifestyle... shoe-gazing bands and Madchester passed me by that much I do know!)

In an earlier post concerning The Stranglers appearances at the University I mentioned that the music on offer when I got there in 1988 was pretty poor, at least to my ears and since the campus had little to offer in terms of bands I wanted to see, London itself was a better option for live music.

The gigs that I attended whilst at Brunel I can pretty much count on one hand (two at a push). Bass Dance (ex Steel Pulse, The Larks, The James Taylor Quartet, Attila the Stockbroker, John Otway, Blyth Power, Hazel O'Connor and Katrina and the Waves (the last one being under extreme duress!!). 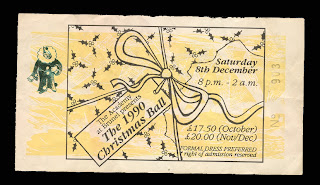 The one gig that I did make an effort for was the 1990 Christmas Ball, solely due to the billing of Captain Sensible and the Family Butcher. The idea of a student ball was abhorrent, but I could not pass up on the opportunity top see the Captain a stone's throw from my door. So with two tickets in the wallet, my girlfriend (now wife) asked what she should wear. I knew that the order of the day would be formal evening wear, but I wasn't going to do that even if I had something suitable in the wardrobe.... which I didn't. So the usual punk get up it was then.


Inside the gig, I remember bumping into CS on the stairs where he presented Gunta with a balloon 'as a token of his esteem'! I am sure he has started drinking at that point, but I suspect that it was her Stranglers shirt that stood out from a 1000 meters of silk and taffeta that caught his eye.

The band took to the stage with 'New Rose'. The 'Is she really going out with him?' came from me... along with some other Stranglers references throughout the set. It was a cracking gig, The Captain really is an excellent musician, a fact that is sadly, though unsurprisingly overlooked when his stage persona kicks in. With him that night was another treat for me as a big Damned fan was the presence of Paul Gray on bass. The recording presented here is the intended full set, but there was unexpectedly more to come. The weather that night was appalling across the entire country. The upshot was that the next band on the bill, That Petrol Emotion were unable to make the gig. As a consequence of this shortfall in the entertainment quotient, there followed some hasty negotiation that meant that (if memory serves) for the price of a crate of beer, an ounce and £100 Captain and the band agreed to play a second set.

Before the second appearance, which backstage, Gunta who was somewhat the worse for wear at this point, was to be found perched next to Paul Gray 'teaching' him the bass line to 'Day Tripper'.... bless him he played along with it! He had just played it a few minutes before on stage.

For the second set, I was given the responsibility for the smoke machine, whilst Gunta was designated as the official dancer, not in a Hawkwind Stacia way I might add... although on that at least one person got naked by the end of the set.... no prizes for guessing who.

A week or so after the gig, the tour manager send me a copy of the first set (sadly, the second set wasn't recorded). Straight from the desk, the quality is excellent and this could have been released in it's own right.

PDF artwork is included in the download folder.
Posted by Musky03 at 22:12 3 comments: