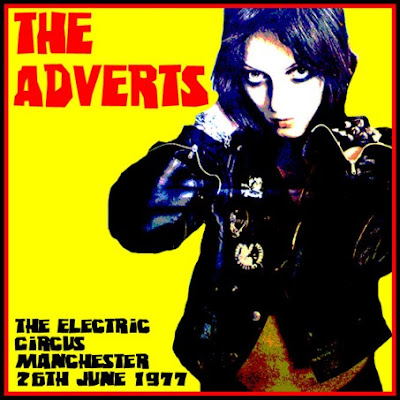 Ok then, to kick this off, here's a pretty good early recording from the legendary punk venue, second only to The Roxy, the Electric Circus in Manchester.

When The Adverts outgrew the fanzine punk scene and came to the attention of the 'serious' music weeklies they were invariably picked up for an apparent lack of playing ability, in this respect Gaye in particular was targeted. However, listen to this recording, made just six months after their first gig at the aforementioned Roxy on 15th January. Tonight's gig saw The Adverts sandwiched between the headliners, The Damned and The Prefects from Birmingham. According to the gigography on Tim's homepage, this was the 50th gig that the band had played and given this fact, I think that the band sound tight, if not musically sophisticated.

This, an audience recording, really gives the listener a flavour of what those early club gigs were like prior to both The Damned and The Adverts breaking into the bigger venues.... The Top Rank Ballrooms and various Sports Halls. Mancunian lads pass comment throughout the set and you can hear the occasional pint glass meeting its end. 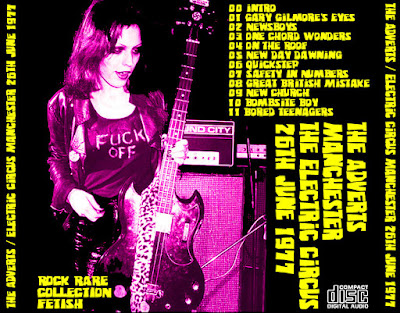