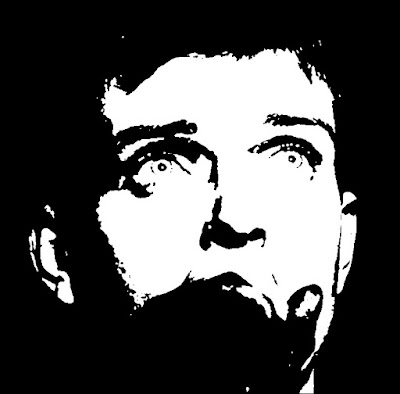 Last week I started reading 'Unknown Pleasures - Inside Joy Division' bassist Peter Hook's take on life within one of Britain's most original bands.

It was very late in the day when I started properly listening to the band. Apatr from 'Love Will Tear Us Apart' and the handful of songs they performed on TV I was largely ignorant of their music. It was true that back in the day I had mates that were huge fans and conformed 100% to the JD fan stereotype. I am sure they wore their macs in bed! I took the band at face value and thought the misery exhibition stance to be a bit ridiculous. Thinking back I should have taken a look at myself, a big fan of those laugh a minute folks from Crass!

It was only when I saw the film 'Control' that I waded a bit deeper into their murky Mancunian waters buying the 'Heart and Soul' box set. Hook's book presents another side of Joy Division, an intense and driven band certainly, but not without humour. He expresses and issue with the perceived deification of Ian Curtis. Whilst Peter Hook recognises the poetic, romantic, other worldliness of his former lead singer he paints an alternative side to him that one would expect of a bloke in his early twenties in an up and coming band with a bunch of other blokes in their early twenties.

Here then is a session the band did for local Piccadilly Radio in the summer of 1979.

Feeling in the mood I also created a lino print of Ian Curtis on stage. 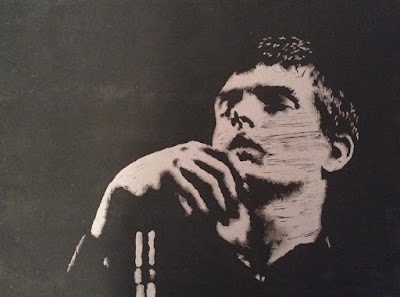 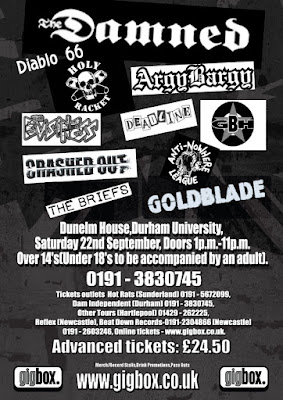 Hard to believe that this goes back 10 years... time flies for old punks!

Email ThisBlogThis!Share to TwitterShare to FacebookShare to Pinterest
Labels: 2007, The Damned 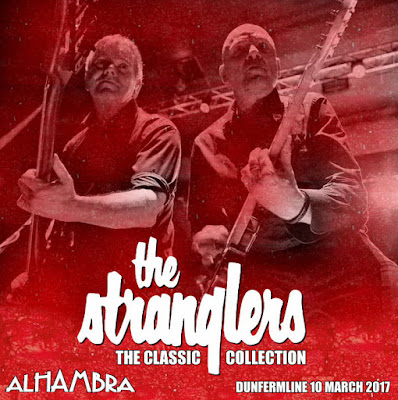 So with the announcement of the 2018 which sees a the band playing three dates again in Scotland, here is a reminder of the last tour when they played the wonderful Alhambra in Dunfermline. Uploaded here in 24/48 bit FLAC format and high quality 320 kbps MP3 format. My thanks as always goes to Chatts and MeAnIe!! 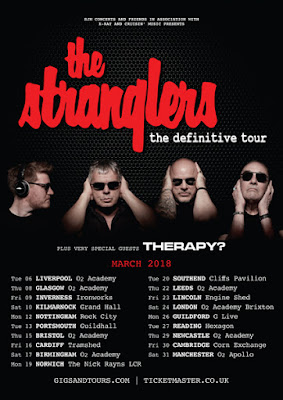 Email ThisBlogThis!Share to TwitterShare to FacebookShare to Pinterest
Labels: 2018, The Stranglers 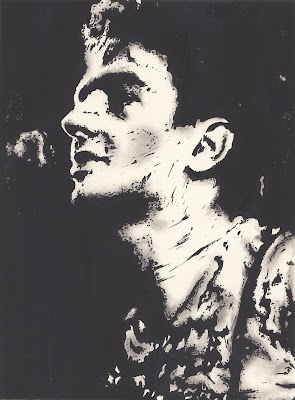 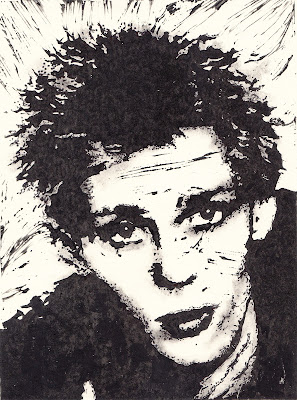 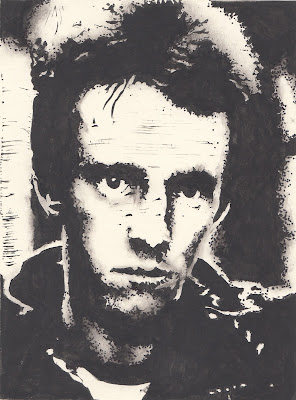 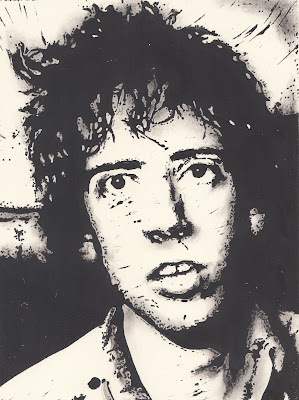 Email ThisBlogThis!Share to TwitterShare to FacebookShare to Pinterest
Labels: 1977, 1978, The Clash 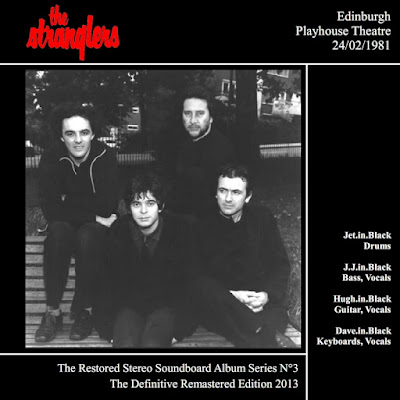 A classic and much loved bootleg from 'The Men in Black' tour. 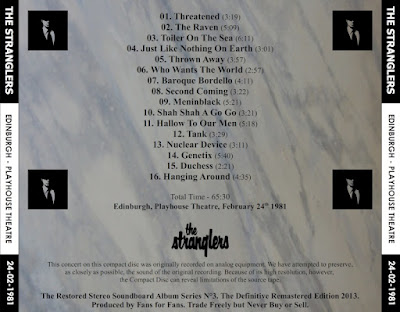 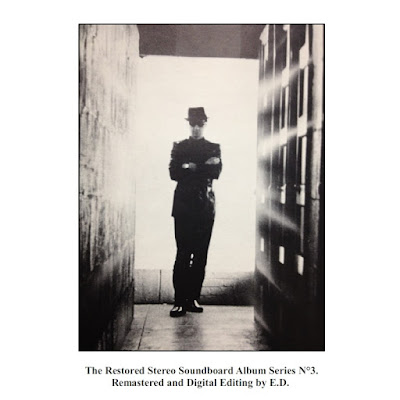 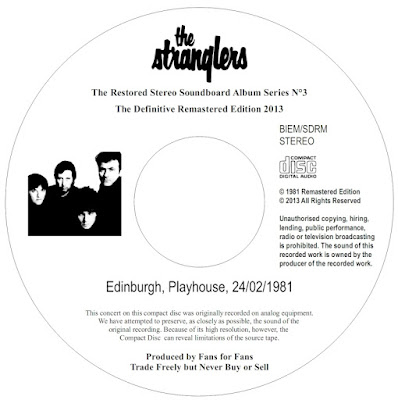 Email ThisBlogThis!Share to TwitterShare to FacebookShare to Pinterest
Labels: 1981, The Rat Zone, The Stranglers 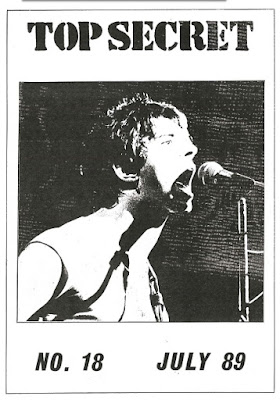 Here is the latest installment of the wonderful 'Top Secret', here.
Posted by Musky03 at 10:10 No comments:

Email ThisBlogThis!Share to TwitterShare to FacebookShare to Pinterest
Labels: 1989, The Stranglers, Top Secret 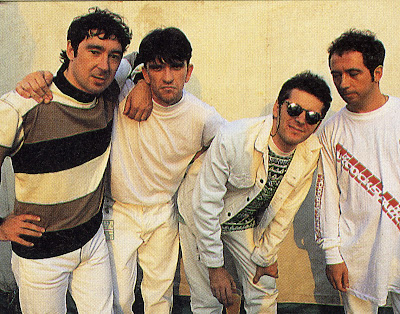 Here is an early festival set from the recently reformed Buzzcocks, that at this point featured ex-Smiths drummer Mike Joyce, John Maher having returned to the States after the reunion tour of the previous year. 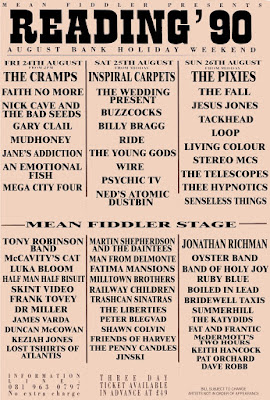