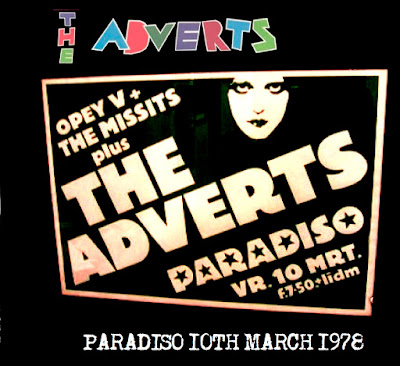 Now finally with their long awaited debut album, 'Crossing The Red Sea With The Adverts', released, the first three months of 1978 saw the band on tour, including a short hop over the Channel for two gigs, one in Brussels and this one at the Paradiso in Amsterdam. 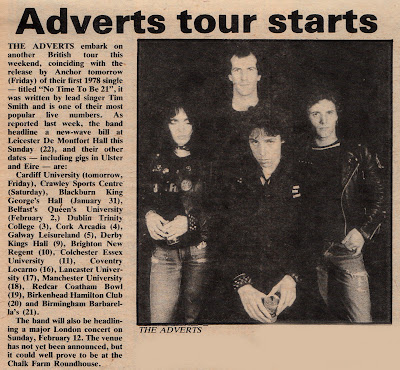 Email ThisBlogThis!Share to TwitterShare to FacebookShare to Pinterest
Labels: 1978, The Adverts