The Adverts in The New Wave Magazine 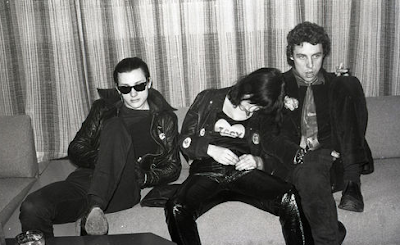 The Adverts featured again in another UK based 1977 fanzine ‘The New Wave Magazine’ edited by Nag and Sex Ade (I believe).

'The Adverts are on stage. “This is the real thing” announces T.V. Smith as the band smash their way into ‘One Chord Wonders’. ‘New Boys’ quickly follows as T.V. jumps and cavorts around the stage. Howard, on guitar, looks as though he has just stepped out of a horror movie, a tall, menacing figure relentlessly bludgeoning out the chords. ‘Quick Step’, and Gaye coolly picks out the bass line, content to stand to one side and concentrate on her playing. She plays strange rhythms almost using the bass as a lead. ‘On the Roof’, ‘New Day Dawning’ and all the while Laurie crashes into the drums just as if they were his mother-in-law that he hates. ‘We Who Wait’, ‘Bored Teenagers’ as T.V. screams and spits out his lyrics. There’s so much pain and anger in his voice. An apathetic audience find the time changes to difficult to relate to. ‘Gary Gilmore’s Eyes’ and then ‘Bombsite Boy’ T.V. tells the audience what he thinks of their lack of life. The finale is ‘Great British Mistake’ which ends as a mass of feedback and noise when Laurie kicks the drums all over the stage and microphones are left screaming by the amplifiers. A great gig from them but a cold and lifeless audience. Get to see this band. You’ll love them or hate them. Better find out!'

N/A: What made you choose the name ‘Adverts’?

TV: Well, what do you see in the name?

N/A: It’s the boring thing on television, so you’re an opposite to that?

TV: It’s a question of opposites definitely. I hate the adverts, right, ‘cos they’re selling you something you don’t want. But they’re fucking selling it because… there’s no honesty in the adverts. They’re all fucking lies. They’re telling you what they want to sell because they’ve been paid the money to make the adverts….. all that shit! It can go down the drain for all I care. There’s no point to it. I don’t need to be told what I want to buy. I’ll buy what I want to buy anyway. 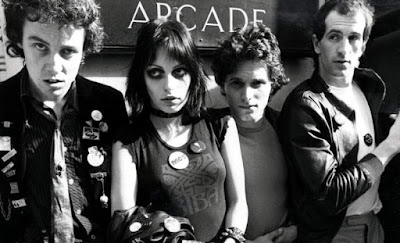 N/A: What would you say are your musical influences?

TV: There’s no need to see influences. Influences are a thing of the past. I’ve liked people… Bowie, Iggy, Dolls. Who haven’t I liked, that’s the more important question. I haven’t liked Yes, ELP…. What I don’t like is the big superstar thing – you can’t be in a band unless you’ve played the scales every day. That’s what really stifled music. All you’ve got to do is learn a few chords, try and get a rhythm together, and if you’ve got something in your head then put it out. Who cares whether you can fucking play all the notes! I don’t care. No one cares.

N/A: How would you define the music? What sort of music do you call it?

TV: One thing I hate is categories. A lot of people turned up tonight expecting to see a punk band: 1-2-3-4 blam blam blam blam. It didn’t happen and they were put off. That’s what went wrong tonight. People have got this stereotype of punk music from their music papers. They’ve read NME and Sounds and they think , here it comes, it’s gonna be headbanging time. But maybe it wasn’t. Maybe they didn’t like it and it’s going to take a bit longer than that . What group made it on their first ten gigs? Not many, not unless they’ve got a big advert hype going for them, and a lot of money behind them to push their full page ads in the music papers.'