‘The Final UK Tour’ - A Reaction 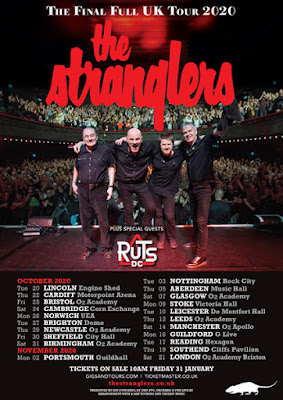 ‘The Final UK Tour’…. Well it had to come and thankfully it was a long time in coming, but how does it leave us feeling. I wasn’t there in ’77…. It’s not cool but the first Stranglers record that I purchased was ‘Golden Brown’ (along with OMD’s ‘Architecture & Morality’!) prior to Christmas 1981. Admittedly much water had already flowed under the Stranglers’ bridge by that point, but on the other hand it is still a long time ago, 38 something years. I am in the same boat as many long term fans in that much of my social life has revolved around the band. It is a fact that through wearing ‘the colours’ and in that I mean a painted leather jacket or a band T-shirt, I have met people wherever I have lived over the years and formed friendships that have endured for years.

The Stranglers were instrumental in bringing Gunta and I together at the Marquee in Wardour Street, the occasion being an S.I.S. party with The Purple Helmets headlining. 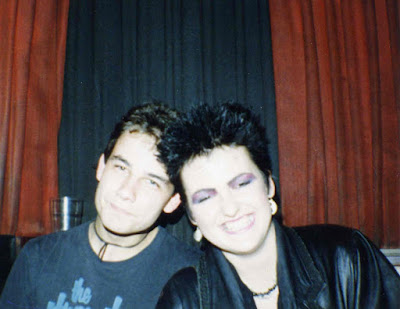 And some people just had to show off! 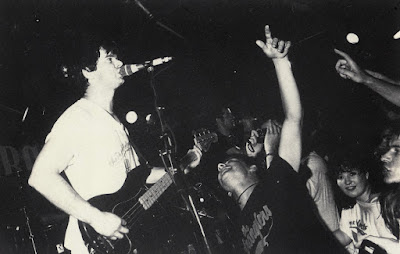 Of course the news today has at least for me dominated my Facebook newsfeed to a ridiculous extent. But here I am reminded of another occasion, albeit in a far less technologically connected world...... August 1990. News broke then that Hugh Cornwell was leaving The Stranglers after 16 years. My world imploded for several months. At a time when the fastest possible means of communication was a telephone landline, I abused my very junior position at the British Gas Research Centre to discuss, at some considerable length, with Steve Tyas, the future prospects for our band. And lo and behold, they continued through good times and bad for another astounding 30 years!

Of course this time is different. JJ and Dave are both significantly past pensionable age and touring is tough for a young band, so I would imagine that for those guys touring worldwide, as has been the case recently, is a super feat of endurance. At 50 I struggle with a string of three nights on the bounce, but then again I guess the band are these days doing it on more sleep and less alcohol than we do!

So what do we want of this tour and beyond. Well, for my part, I would like to see consideration of the average punter cast aside. This one should be for the faithful, with plenty of surprises in the set. For us it is a big event, the end of an era, whereas for many it will just be another gig.... that just happens to be a farewell tour. There I have said it. 'Fools Rush Out' please.

And what of the future, if this is the final 'full' UK tour. I guess that this indicates that festivals may be the order of the day. If that is the case, then I am not so keen. Festivals (with the exception of events like Rebellion) rarely represent good value for money with shortened sets of greatest hits, crowd pleasing/appeasing material. If that is the future of the band, to be honest my preference would be to go out with a bang on a formal final tour. If on the other hand they followed the 2007 Rattus gigs, three major cities over a long weekend, visiting obscure material or doing other album specific sets, that would be great. Let's see what pans out. What is important to me is that they do not fizzle out on a series of unremarkable, poorly rehearsed festival sets. Their legacy is far too precious (no pun intended) for that to happen.

When all is said and done, The Stranglers owe me nothing and whatever is ahead I wish them well and thank them for being a huge part of the soundtrack of my life, quite literally as man and boy.

Cheers to all who played a part.

Email ThisBlogThis!Share to TwitterShare to FacebookShare to Pinterest
Labels: 2020, The Stranglers