Actually two pieces of good news. I have two Wetransfer accounts, one of which I have renewed this week (the other is due for renewal in January). It was necessary to open a second account since the first had reached its 50Gb capacity. Now Wetransfer have increased the capacity from 50Gb to 100Gb which means that I now have approximately 130Gb additional capacity before I have to worry about deletions etc.

Thanks for your continued support of Aural Sculptors!
Posted by Musky03 at 10:30 3 comments: 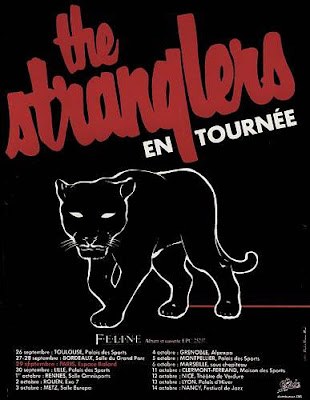 Another anniversary gig, a mere 32 years distant. The massive Feline offensive continued and saw The Stranglers back in France. This recording also features 'Ships That Pass In The Night' from the soundcheck and 'Let Me Introduce You To The Family' which made a rear appearance in the set. I'm happy to be corrected, but I think that it was only played a couple of times before being dropped. 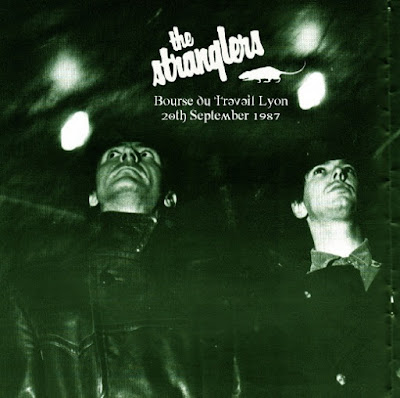 A mere 28 years to the day for this last date of the 'Dreamtour' and the last date the band played in a year of heavy gigging.

Artwork: Located in the main download the main folder. 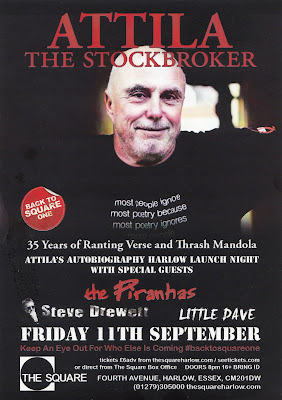 Great night out at The Square in Harlow last week to see Attila's book launch and a glittering heaven of stars on stage including Brighton's own Piranhas.

I first saw Attila 30 years ago at The Zap Club in Brighton. I new little of what he did as I went along to see The Newtown Neurotics (or The Neurotics as they were known at that point in time) only they didn't play on account of Steve Drewett having his wisdom teeth extracted that week. Attila played the gig on his own and this was really something new. During the set I recall he played the great 'Green Fields of France', a real tear jerker of a song about the death of a Scottish soldier in the trenches of the Western Front. Subsequently I wrote to him and he very kindly sent me a cassette containing said song and invited me to bootleg away.

The next time he played was at The Basement in Brighton in January 1986 and I took him up on his offer, this gig being one of only two gigs that I have ever bootlegged (on an early '80's dictaphone - no mini discs then!). I'll dig it out and upload sometime soon. 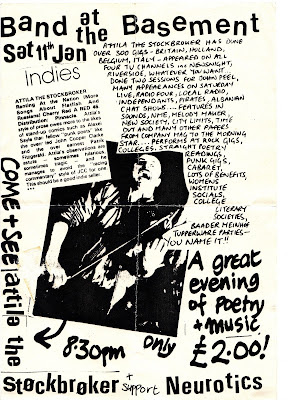 Since the date at the Zap Club I had armed myself with a copy of 'Ranting At The Nation' so I now understood the style. 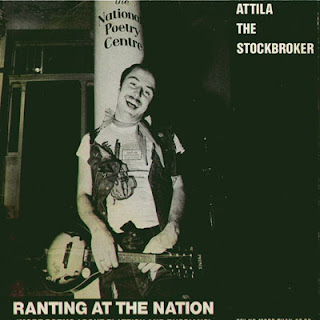 So when Attila played at The Square last week marking his 35th year as a ranting poet and musician, it was strange to thing that I had shared 30 of those years!

In a night of celebration of the Harlow and Brighton music scenes of the late '70's and '80's the bill was wonderful as can be seen from the flyer at the top of this post.

A real highlight for me and an absolute live first came when Steve Drewett joined Attila on stage for a version of 'Mindless Violence/Andy Is A Corporatist', one of the most rousing anti-fascist messages that I know of.

The night worked its way through Attila's long career, and 'Tyler Smiles' was another highlight, coming as it did on the eve of the announcement of the new era for the Labour Party.

The Piranhas headlined and although being the proud owner of the 'Tom Hark' single, one of the first ten singles I purchased I am sure, and coming from Brighton way, I had never seen them live. They were great and very funny, especially when Boring Bob shared his issues with Space Invaders machines! 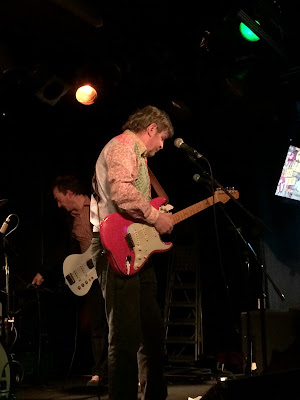 'Space Invaders' by The Piranhas

All in all a great nights entertainment in my favourite of all venues The Square which will sadly close down..... a real loss for Harlow and live music generally!
Posted by Musky03 at 08:53 No comments:

Email ThisBlogThis!Share to TwitterShare to FacebookShare to Pinterest
Labels: Attila The Stockbroker, Steve Drewett, The Piranhas 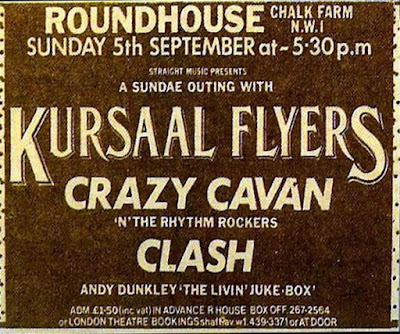 Here's a near anniversary upload of a much circulated recording of The Clash's support slot to Southend's Kursaal Flyers. Interesting set with a few songs that didn't really make the grade when the band really took off a few months later. 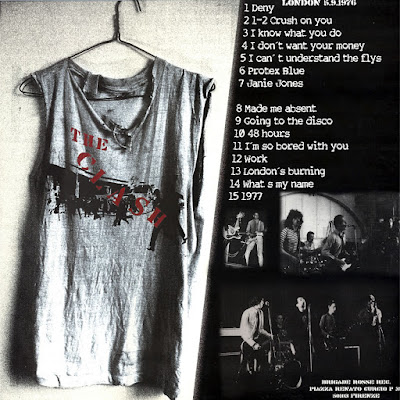