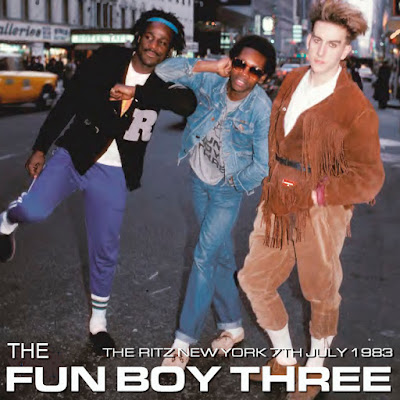 Terry Hall.... a national treasure in a country in which I despair about how such characters are defined. I appreciate that not everything he has done musically over the past 40 plus years iseverybody's cup of tea, but the quality has been consistent. The Specials, to the Fun Boy Three, through to the Colourfield and his solo stuff.... be honest a man can't belt out 'Gangsters' for the rest of his life. He has a great voice. His politics are unwaivering.... anti-racist until the day he dies. These three guys have done so much, then and now, to point out the pointless bullshit that racism entails.

In the transition from DMs to moccasins and chinese slippers it was only the footwear that changed... the politics was still there, but the popular musical climate dictated that that it needed to de imparted in a more subtle way. By '82/'83 they were up against the likes of Wham and Roman Holiday for fucks sake!