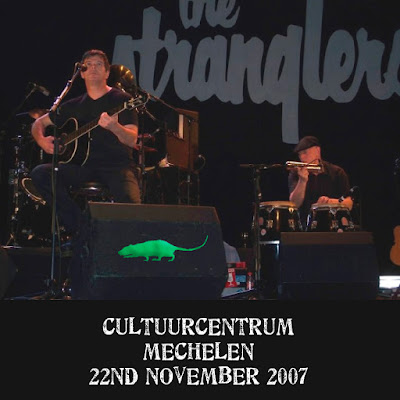 So the last recording posted was an acoustic, sorry make that aquostic, gig and indeed, as alluded to, The Stranglers tried their hand at a similar approach. 2007 was a very busy year for the band with much of their energies put into promotion in Europe, of the many gigs played that year, only a handful of summer dates and the November 'Rattus Revisited' were played in the UK. As well as busy, the shows were varied with the usual electric sets in the first half of the year to the aforementioned Rattus anniversary shows in the autumn and an 'unplugged' tour of the Lowlands squeezed in on either side.

I guess the decision to play such a tour on the continent was deliberate. The laid back style of an acoustic tour tends to go down better in Europe. It would appear that the band's European fan base are more accepting of this approach than is the case in the huge halls the band play in the UK. The fact that those halls crammed with pissed people (and here I would include my good self) wanting to go mental to 'Go Buddy Go' also sits awkwardly with the acoustic set style. That said, listen carefully to this gig and it is clear that there was a travelling band of likewise pissed up Brits (who shall remain nameless) in attendance!

I did some of the dates in 2011 and I must say the shows were very enjoyable giving the band a chance to play songs that don't particularly benefit from being blasted out of an O2 PA system. 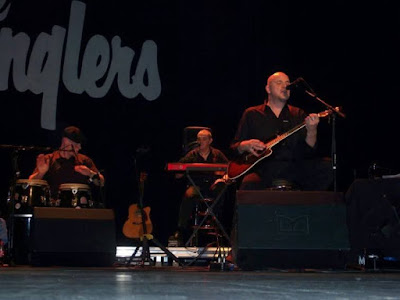 Email ThisBlogThis!Share to TwitterShare to FacebookShare to Pinterest
Labels: 2007, The Stranglers