Here Hugh discussed the foibles of love that lay behind the 'La Folie' and possible Meninblack induced misfortunes endured by the band with some geezer called Chris Twomey. 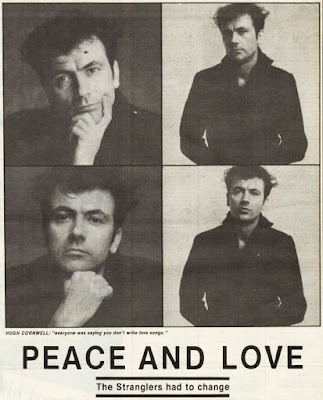