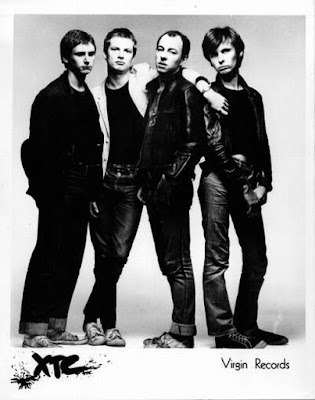 XTC became throughout the '80's a quintessential British band, in much the same way that Squeeze did in a similar period. There is something about the style and quality of the writing that sets the two bands apart. However, it was not always thus for XTC. When I hear their '77 material I am more minded of Devo than anything home grown. This is the first session that they recorded for the late, great John Peel.
FLAC: https://we.tl/t-yWnMfmDH8V
01. She's So Square
02. Crosswires
03. Radios In Motion
04. Science Friction

Email ThisBlogThis!Share to TwitterShare to FacebookShare to Pinterest
Labels: 1977, XTC