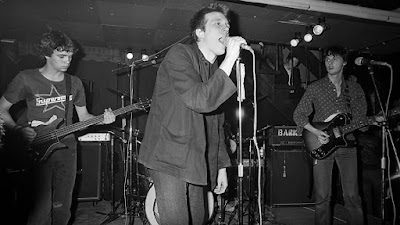 Mark Perry ('Mark P' back in the day) with Alternative TV

The man who brought punk to the 'masses' through the inky xeroxed pages of 'Sniffin' Glue' swapped the pen for a microphone as his chosen means of communication in late 1977, the baton being neatly handed over when the band's first release 'Love Lies Limp' was included with the last issue of Sniffin' Glue. Alternative TV, or ATV, were really different, sounding world's apart from some of the blue print punk produced by bands that were inspired by London'd first wave. Through the independent record labels, 'Step Forward' and 'Deptford Fun City' he went on to assist a diverse roster of bands such as Chelsea, Sham 69, The Police and Squeeze early on.

Alternative TV continued with into the mid-80's before calling it a day. Later, they reformed for Festival and small venue gigs and I was lucky enough to see them a few times. At that time their set heavily revolved around the brilliant debut 'The Image Has Cracked' album although they have since recorded new material. I recall seeing them at The Square in Harlow. Mark addressed the audience that totaled not more than 20 people with a smile and the words 'Punk's not dead eh?'. They went on to do a brilliant set. So here's to Mark P a real original punk both in print and on stage. 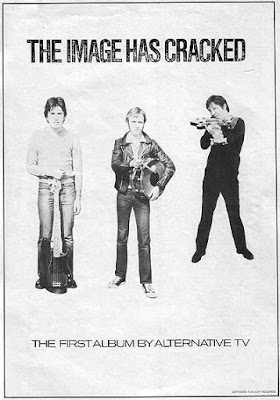