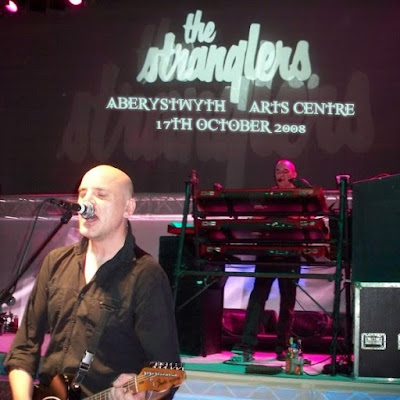 10 years to the night, the Stranglers entertain the folk of Aberystwyth on the Forty-two Forty tour. Hello to Doug if you are looking in! 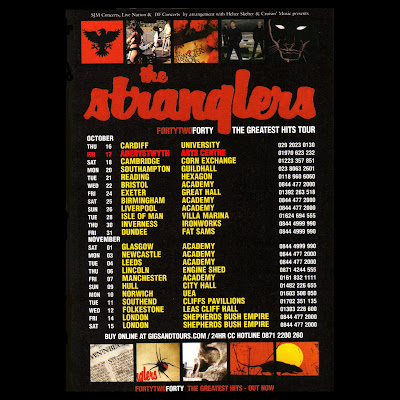 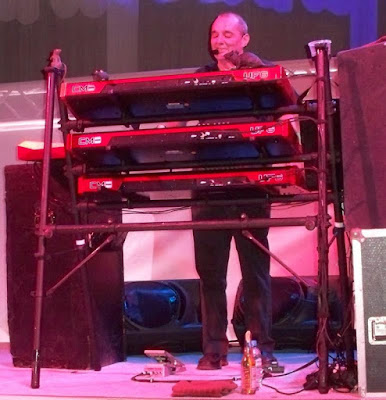 Email ThisBlogThis!Share to TwitterShare to FacebookShare to Pinterest
Labels: 2008, The Stranglers 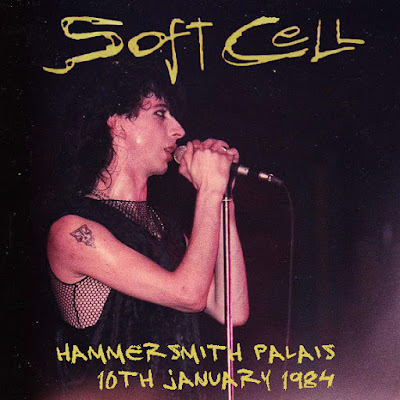 Bollocks to the detractors I am posting this with no apologies. Last weekend I took my daughter to see Soft Cell's last hurrah at the horrendous pleasure dome, otherwise known as the O2 Arena. I have a bit of a history with Soft Cell going back to the first appearances of the band on Top of the Pops with 'Tainted Love'. Later in '83  and '84, they released two of my favourite albums of the 1980's, namely 'The Art of Falling Apart' and 'This Last Night in Sodom'. This was at the same time that I was listening to 'Feline' and (albeit slightly later) 'Aural Sculpture' and whilst at that time we were attuning to the more mellow Meninblack, those Soft Cell albums offered an intensity that really wasn't much in evidence at the time. As the band spiraled towards their implosion in a morass of drug fueled paranoia their music shifted from radio friendly poppy bedsit melodramas to full blown primal scream songs of desperation and despair. All good stuff to the ears of a mid-Sussex school boy!

Anyday, give me 'The Art of Falling Apart', 'Baby Doll' or 'Martin' over 'Punch & Judy', 'Mad Hatter' or 'No Mercy'. Love them as I do, at that time I wanted something with more potential to raise the blood pressure. Sadly, these days there is a tendency to look upon Soft Cell as early '80's big chart acts on a par with The Human League, ABC and Ultravox, but there was so much more to them than that.

So, despite the expense I was very happy to see Soft Cell one more time at their last ever gig. All respect to Marc and Dave!