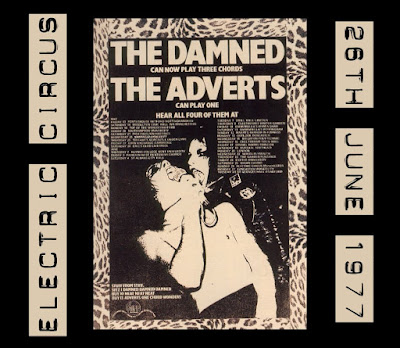 Sunday 26th June saw a third return of The Damned to the Manchester, having previously played at the Electric Circus on the 21st January and at Middleton Civic Hall on 14th May. The London bands recognised  that more so than any other UK city outside of the capital, Manchester had a parallel scene and as such a receptive and enthusiastic audience. This northern hub of punk for a time had the Electric Circus in the Collyhurst area of the city. The Circus was to Manchester what the  Roxy was to London in terms of being punks home turf and this evening The Damned were once again with Stiff label mates The Adverts (who also supported at the May gig) with The Prefects from Birmingham on the bill too. 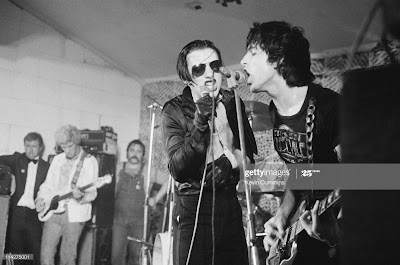 The Damned at the Electric Circus
26th June 1977

So here you have something unusual, an audio record of a complete night at the Circus with all three bands recorded by a diligent audience member, the noise of individuals in the crowd and the clink of glasses take you right into the heart of '77 punk in one of its most iconic venues. 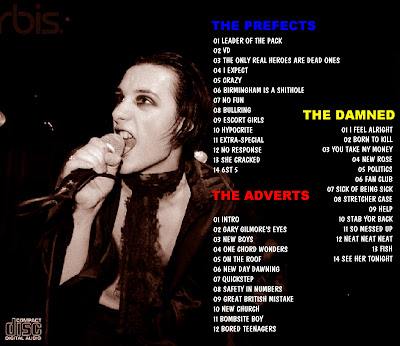 Email ThisBlogThis!Share to TwitterShare to FacebookShare to Pinterest
Labels: 1977, The Adverts, The Damned, The Prefects