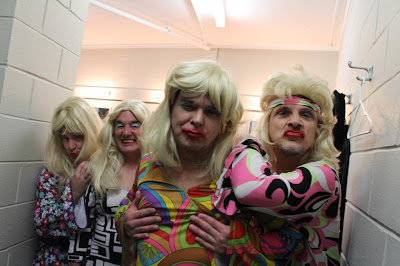 Here is an edit of the recent radio station interview that JJ and Baz did as they passed through Melbourne on their recent Australian jaunt. The station appears to be dedicated to non-mainstream music with the Junkyard programme on which they appeared described as an 'artist focus' of an hour duration. This give the interviewees a little more opportunity to expand on topics of conversation that the usual run of the mill Heroes>chat>new single format adopted by many larger radio stations.

I would imagine that a station such as PBS FM to get would have to do some legwork to get bands on a tight touring schedule into the studio and thus having got them in they make the best use of the time available. Interviewer Michael Mulholland gave the two the time to talk around the subjects on the table. It was for this reason, as reported on the official site that both musicians enjoyed their time at PBS and the resulting interview, whilst covering much well trodden historical ground, does offer some additional insights into the mechanics of the band that are perhaps less well known. Of particular interest was the discussion of the intra-band relationships during the 'Suite XVI' sessions.

I have edited out the studio tracks to leave the discussion uninterrupted. 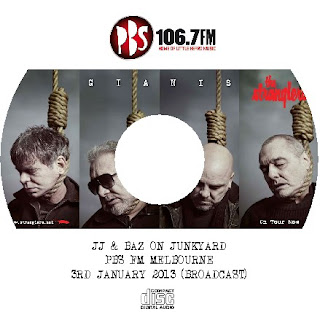