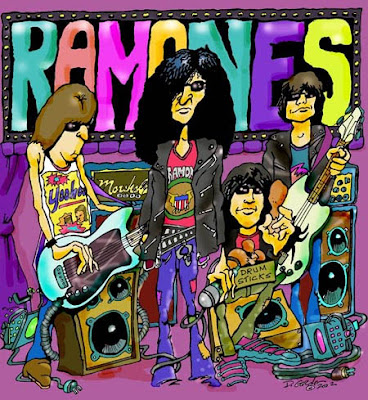 The Ramones, one of the catalysts and one of the most influential bands in punk. Here's a great quality set from the US in 1979. The Ramones personified the 'All American Band', sadly for them however, America were somewhat ambivalent towards them throughout their long career. Happily for Da Brudders, this was not the case in other parts of the world (most notably South America and Europe) where their uniqueness was recognised as soon as the seminal 'Ramones' LP was released in 1976.

Unfortunately, in stark contrast to the band's good time bubble gum brand of punk (as it became), the individuals that made up the band were genuinely at odds with the world and even more so with each other. 'We're A Happy Family' my arse! It may be the case that were it not for the 'stability' that the band environment offered, however fractious that environment was, the individuals would in all probability have left this world even more prematurely than they did. 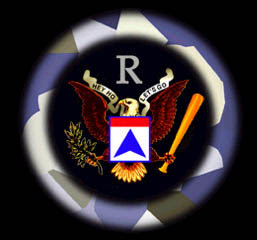 
For anyone who has an interest in the band who has not sat through 'The End Of The Century' film, it comes highly recommended from me but with a health warning. The film is not an upbeat celebration of the band. All the band's cards are on the table, face up and it is painful to see and hear.

In a similar, but rather more positive vein, I have just finished reading Mickey Leigh's memoirs of his life with his brother and the Ramones. As a read it is sad, shocking and touching in equal measure. 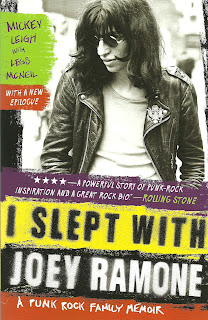 Email ThisBlogThis!Share to TwitterShare to FacebookShare to Pinterest
Labels: 1979, Ramones