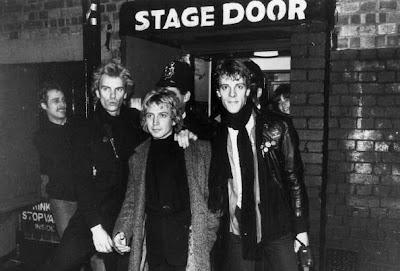 The Police are one of those bands that very much divide opinion and really that is something that they have been doing so since they first stepped on the stage as The Police. But.... but, in 1979 and certainly into 1980 they were one of the biggest bands in the UK and if you consider their popularity in a wider geographical context, they were arguably the biggest contemporary British band in the world at this time (remember homegrown big hitters like the Jam didn't break the States).

In 1977 the punks didn't like them, they were not after all a punk band (the lead singer had a jazz background and the guitarist was in Zoot Money's band back in the mid-60's). They did (like many bands use the opportunities this fad called punk presented in terms of regular gigs around which there was a definite buzz. 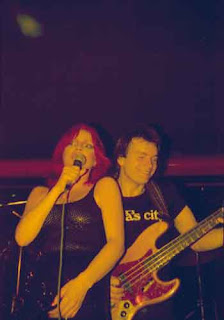 I think that their first album 'Outlandos D'Amour' is great, if you can accept that in 1978 there were white bands playing reggae influenced music much better than they were. But whilst the British music press, for right or wrong the arbiters of what was cool sneered down their pencils at Sting and his men, the wider public went in for them in a big way.

The Police also played a good hand. They embraced the US on their first tour Stateside, unlike their contemporaries, most notably The Damned and The Stranglers, went all out to terrorise America!

The Police was very nearly my first ever gig. The date would have been 18th December 1981 when they played at The Brighton Centre on their 'Ghost In The Machine' tour. In the event Adam and the Ants became gig number one at the same venue 10 days later.

All told, The Police released some good records, but became something of a Britannia Music Club band. Live too they could be a bit much, I have always disliked long extensions of tracks in a live setting and The Police were guilty of this..... who needs an 8 minute jam of 'Roxanne'! Or for that matter a 7 minute 12 second version of  'So Lonely' as appears on this short radio session. It may be that there is not much uptake on this one, but I have included it as they were massive at the time and very much in the New Wave bracket. 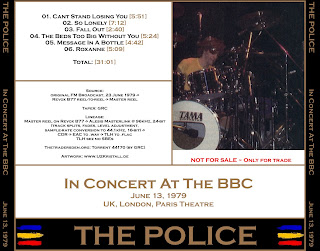 Email ThisBlogThis!Share to TwitterShare to FacebookShare to Pinterest
Labels: 1979, The Police