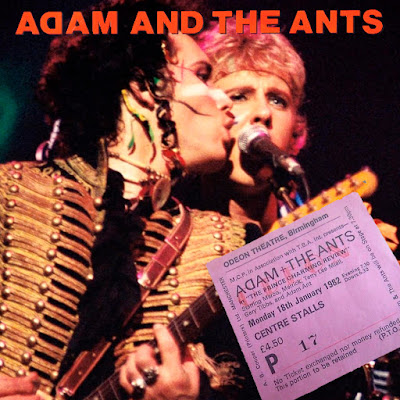 As I have mentioned on numerous occasions since establishing this site, Adam And the Ants was my first gig in December 1981. For sure they were no longer at their best, the real danger in the band had been replaced by pantomime dramatics by the time of 'The Prince Charming Review'. That said I was 12 years old and it was a proper gig... and even then my highlights of the show were 'Physical' and 'Cartrouble', missing here in Birmingham but played in Brighton. 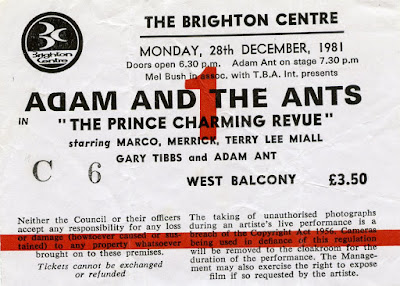 I was recently sent this gig from the tour and it is great quality, well worthy of a listen.

MP3 (as received): Recording appears to be a rip of the Drury Lane video release and as officially released material I have removed it from the site. Sorry about that.

Email ThisBlogThis!Share to TwitterShare to FacebookShare to Pinterest
Labels: 1982, Adam and the Ants