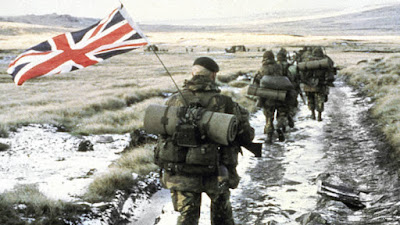 The photograph above is one of the most recognisable images in the UK in the year 1982. It depicts Royal Marines of 40 Commando advancing on the town of Port Stanley in the Falkland Islands in May 1982. A British task force had been sent down to the distant South Atlantic British Overseas Territory of the Falkland Islands to take back sovereignty after the Argentinian military junta of General Galtieri sent an invasion force to occupy the long disputed islands.

The purpose of mentioning the conflict here is not to discuss the rights and wrongs of the conflict, you can find that elsewhere on the internet. The point of its inclusion on something as trivial as a music website is merely illustrative of the fact that over the summer months of 1982, the year in which I entered my teenage years, these tiny islands (and also the equally small South Georgia) were thrust into people's consciousness in a way that hasn't been repeated since, not in the then continued coverage of the British involvement in Northern Ireland, nor in Kosovo, Iraq or Afghanistan. It really was a big deal in such a young man's life. I vividly remember the news reports informing a shocked nation of the sinking on British ships, the Sheffield, Coventry and Sir Galahad and the terrible braying of the Sun, reporting the sinking of the Argentine General Belgrano. 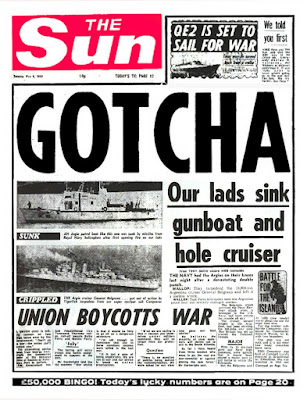 These were big events for me and I believe affected me deeply, influencing my outlook on life and my politics in the crucial 5 years leading up to my first General Election of 1987.

That then is a very heavy introduction to my view on 1982. A year in which the momentous and tragic events occurring in a freezing ocean 8,000 miles away were counterbalanced by so much that was banal and throwaway here in the UK.

It is funny to think that someone who only bought his first pocket money single in 1980 already had concerns about the direction in which music was taking as early as 1982! Certainly I was listening avidly to music at the time and certainly music that was in the charts..... after all I was 13 years old, but when I latched onto a band I looked backwards into their back-catalogue. I had seen Adam and the Ants (my first gig) in 1981, but knew then that it was pantomime and had concluded that 'Dirk Wears White Sox' was where it was at. In 1982 I saw Kim Wilde at the Dome in Brighton (her first tour) but knew full well from the youth discos that my mate and I could get into in '79/'80 (by virtue of the fact that his Dad was the local 'celebrity' Mid-Sussex DJ) that Blondie was the real thing. A boy out of time perhaps.

A saving grace for the young music fan at this time was the fact that musical tribes in the school setting were still such a big thing. Starting secondary school in the Autumn of 1980, I stepped into a world of punks, mods, metal fans, Numanoids, 2-Tone fans.... it was all there and it remained at least that way for another couple of years.... with the emergence of the occasional new tribe such as the casuals in their ripped Farrah's and their Tacchini track suit tops! In such an environment, exposure to other people's musical preferences, be it on a tape recorder on the back seat of the school bus or on a brief go on someone's Sony Walkman, when they first appeared, had an influence. For example, in the same year, 1982, I bought Gary Numan's 'I Assassin' album as well as buying a copy of 'Iron Maiden's 'Number of The Beast' album..... how does that work!

Never mind the slogan 'Home Taping is Killing Music'.... for those people with serious disposable income issues (and in this I would include all but the most privileged 13 year olds) home taping meant the greatest opportunity to broaden our musical horizons! C90 cassettes, although expensive, were far cheaper than albums, cheaper still if they were obtained by dubious means... and we had a classmate who would nick tapes to order from the music outlet's of Eastbourne on Saturday afternoons! So to take home an album that was doing the classroom rounds, in order to badly record it, was pretty much a weekly occurrence. For the record (no pun intended) my recording set up at this time comprised connecting my alarm clock/cassette radio to my Dad's Pye Black Box turntable.... the results were never good! Laugh though you may, this was a considerable technological improvement on my first recording in early 1979 of the Blockheads' 'Hit Me With Your Rhythm Stick' and 'There Ain't Half Been Some Clever Bastards' recorded on a mono cassette player with a microphone attachment held up to to one of the speakers of my mate's parents' gramophone. The Blockheads never sounded so distant and dull!

But, as I mentioned there was such a mix of styles, so that for every AC/DC album I heard there was a punk album, 'We Are The League' or 'Combat Rock' that would lead me towards all of the bands that I still listen to nearly 40 years later.... that is not to say that I have anything against AC/DC.

Many of my favourite bands, now defunct, were still going in 1982, but I did not get to see them, which irks me but again whilst I had seen Adam and the Ants, Toyah and Kim Wilde by 1982, those acts were a different proposition to The Jam and The Clash who also rolled into Brighton that year. Bigger boy bands with a more intimidating following.  Actually, The Clash played at the Brighton Centre on their 'Combat Rock' tour exactly a month after I saw Toyah there. Now, The Clash or Toyah, The Clash or Toyah? I know... but there's bugger all that I can do about that now.

No doubt there were great bands playing great material, but they were rarely cropping up on Top of The Pops and the slot that The Tube had when first broadcast in '82 always clashed with something that my Dad wanted to see. I guess that this is one of the reasons that there are a handful of albums released by bands in the period '82-'85 that mean so much to me, simply because they stood out among so much dross.

My recollection of 1982 involves, dreadful clothing, and me in some fine examples of it.... I remember meeting school friends in Brighton for the and I was wearing some newly acquired Chinese slippers. By the end of the day I was nearly crippled, with no sole to speak of they were about the most uncomfortable footwear I have ever encountered (and I have broken in a great many pairs of DMs!). I owned several pairs of Sta-press trousers in various colours and as I recall I had button down shirts to match. There is nothing wrong with a buttoned collar shirt, I wear them now, but my versions cane with a gold tie pin and chain through the collar that I wore without bothering with the tie! Fashion crime figures hit a a 20th Century high come 1982. In 1981 when The Specials split, the Fun Boy Three quickly rose from the chequered ashes. In 1982 the threesome were pictured in New York in outlandish garb. Terry, Neville and Lynval, not 12 months previously, had been three blokes with the nattiest tailoring in whole of the UK, but as the calendar rolled over into 1982... BANG! It looked like someone had been on the wacky and found a dressing up box! 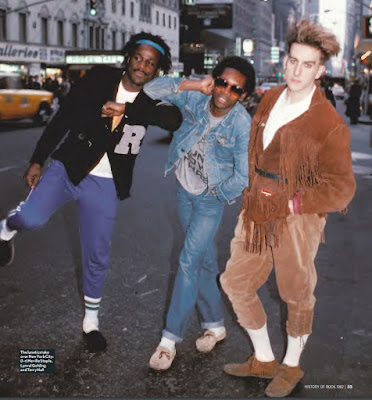 Fun Boy Three in New York, 1982
(note the Chinese slippers that Neville is sporting, possibly my inspiration to follow in his (painful) footsteps))

Neville looks like a fitness instructor, Lyn looks vaguely normal (provided that you avert your eyes from his moccasin-ed feet and Terry.... oh Terry, what have you done. You look like the famed Anerican frontiersmen, Lewis and Clark rolled into one.... well I suppose, when in America..... 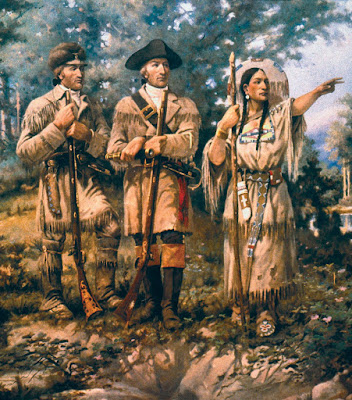 The real Lewis and Clark.... about as far removed from Coventry as you can get

However, whilst I joke about the poor fashion sense that prevailed. there is a serious side to this (such as the earlier mentioned Falklands conflict, which claimed the lives of 255 British servicemen and an estimated 650 Argentine lives). Margaret Thatcher's new brand of economics was changing the face of British heavy industries and with it the areas most closely associated with them, primarily in the Midlands and the North of England. In this period the rate of unemployment spiked, with the highest numbers reported since the Great Depression of the early 1930's (however as I write this over two months into the COVID-19 lockdown crisis, I think we are due to see a formidable spike in the coming months too). In the first three years of the Thatcher administration, musicians spearheaded a creative backlash of protest, none more so that the three blokes pictured above who recorded 'Ghost Town' that reached Number 1 in the charts in the Summer of '81, just as race riots exploded in the towns and cities of Britain. By 1982, it seemed clear that the major music labels had wrestled back control and restored the kind of status quo that had existed in the days immediately prior to punk. Mainstream music and musicians largely rolled over and took what was coming.

There was one notable protest song of 1982 (against the Falklands campaign), the Elvis Costello penned 'Shipbuilding' released by Robert Wyatt. The song is a lament, but has all of the steely power of the gnarliest of punk protest songs. If you do not know it, look it up on Wikipedia and Spotify. Costello himself described the lyrics as his best ever writing.

By this point of the post you could be forgiven for thinking that this is an excuse for me to foist on you a proper load of musical crap that was my 1982. But I would not do that. There were diamonds in the rough, it is just that those diamonds were beyond my 13 year old grasp at the time!

Email ThisBlogThis!Share to TwitterShare to FacebookShare to Pinterest
Labels: 1982