A Few of Early Singles Reviews 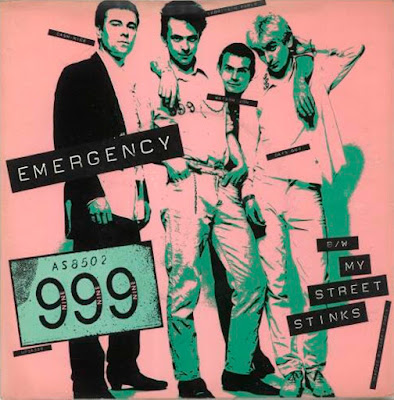 A well-made crazed, controlled taught piece of music, feared tunnel-riffing but no-way - shove pre-conceived notions well away. The total for some reason doesn't seem to come up to the pleasure of its parts, but it is a fine effort. Lots of attack and derranged harmonies, a wonderful chorus, just a killer punch lacking. Time will tell. B-side "My Street Stinks" suggests "Emergency" could well be a flash in the pan.
Reviewed by Paul Morley (New Musical Express 21st January 1978). 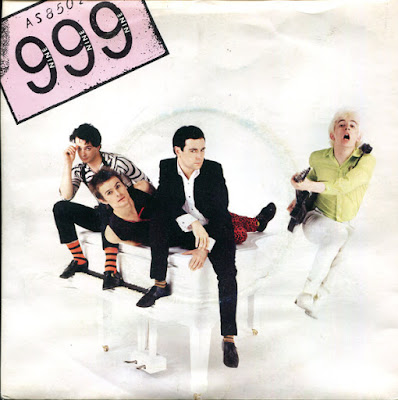 There apex is STILL "Emergency". This (also on the debut album) is more of a mood number, a sort of exercise in restraint, control and space. Nick Cash tries his hardest to inject theatre into his delivery but somehow all the parts never seem to spark or gel.
Reviewed by Ian Birch (Melody Maker 15th April 1978). 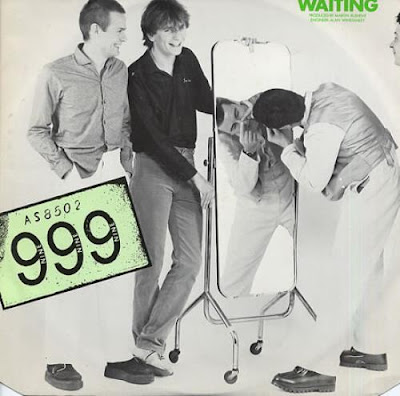 "Waiting"/"Action" was a limited edition 12" single on the Labritain label that was given away with mail-order copies of the second album "Separates".

Now thids lot I must be able to slag off surely. What with the atroceous second album and tediously silly "Homicide", but what's this? A pleasant slice of full tilt rocking-pop with barely disguised Shelleyesque vocals. Good. Well good for 999 anyway but not a S.O.T.W (Single of the Week) 'cos I just spilt beer down me trousers.
Reviewed by Garry Bushell (Sounds 2nd December 1978).
Posted by Musky03 at 10:57