999 There May Be Trouble Ahead!

As the recent post concerning a review of 999 at the Lyceum in 1981 indicates, the band were still a big draw at home at that point. The fact that they attracted a mixture of older punks along with the mohawked brigade that I would associate more with the UK '82 scene is interesting.

'Concrete' was a mixed album for me. 'Obsessed' was a one off, 'Little Red Riding Hood' was tongue in cheek and 'Fortune Teller' for all its brilliance was a cover from way back in 1962 by Benny Spellman. To my ears, only 'Don't You Know I Need You' retains that early sound of the band. For the record  though 'Little Red Riding Hood' and 'Don't You Know I Need You' remain as staples in the set to this day. 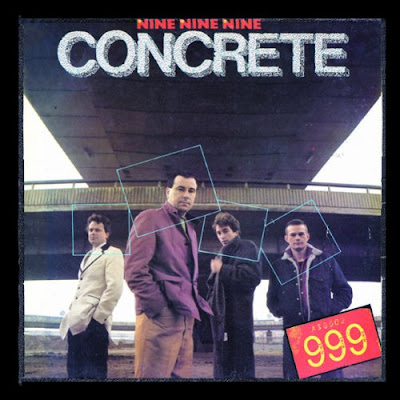 1982/83 was a real watershed for the band. Punk was a dirty word. Those that still wanted a fix of that 1977 adrenaline rush could find it in the rawer punk offerings of those banks identified with the aforementioned UK '82, scene (The Anti-Nowhere League, The Adicts, Peter and The Test Tube Babies etc) or the UK hardcore scene (Discharge, Mau Maus) and failing that the Anarcho scene (Crass, Conflict, Subhumans..... the list goes on).

The early '80's were undoubtedly difficult times for the survivors of the first and second wave of punk and the new wave. As the music industry grappled back the control that they momentarily lost, the charts were once again populated (with a few exceptions) with bands who's eyes were as much focused on the bottom line as on their instruments. Our 'Sniffin' Glue' heroes (not that there were any heroes you understand) struggled to adapt to this ghastly musical sea change. Many bands did their utmost to produce material that would appeal to the new audience and many fell by the wayside. 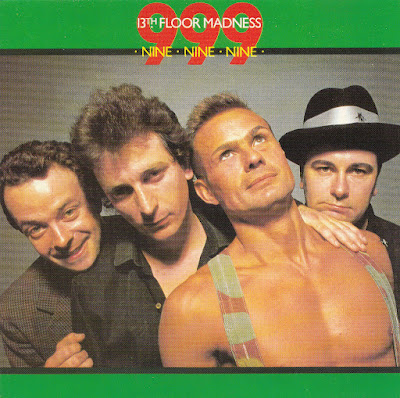 In 1983, 999 released their fifth studio album, '13th Floor Madness'. Whilst the album undoubtedly showcases the high level of musical ability within the band, on listening to this album, which I do rarely, it is extremely difficult to hear 999 in there. Of course there is Nick Cash's distinctive vocal in there (albeit very toned down) but the essence of the band is buried under layers of keyboards, brass, Spanish guitar and general guitar work of a kind that I would associate more with Nile Rogers than Guy Days! Unfortunately, I do not possess a contemporary review of the album but I can only imagine how  '13th Floor Madness' was received by music critics who, with a few exceptions, had not said much in 999's favour since the heady days of 1977 and 1978. 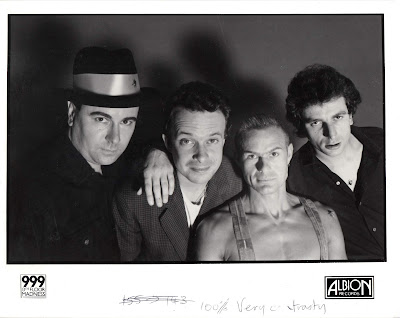 'You see, Guy’s a very good guitarist and musician and he can play that sort of soul stuff. Songs like ‘Book of Love’ were really quite good songs and they showed that influence but many classic mistakes were made, like girl backing singers, mistakes you make on an arsehole album'.
Posted by Musky03 at 11:02

Email ThisBlogThis!Share to TwitterShare to FacebookShare to Pinterest
Labels: 1981, 1983, 999