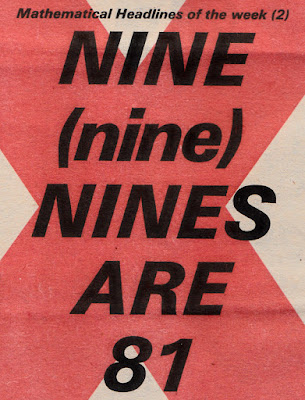 The rain lashes my back in freezing sheets, just another stunningly unpleasant Summer's afternoon in London. I turn up the collar on my leather jacket and shiver as the evil elements enjoy a cold wet dance across my back. What I wouldn't do for a stetson to keep me dry.

I’m just one of several moaning gits in a thick cord of flesh that meanders down from the Lyceum theatre's begrudging doors to form a menacing knot on the corner of the Strand.

Others obviously tougher than I laugh and joke oblivious to the weather and a fair percentage are already drunk (the pubs have barely been open twenty-five minutes).

Had this been a video a familiar chime would have no doubt suddenly rent the air and Nick Cash, Pablo, Guy and Jon would have clip-clopped around the corner on mighty steeds strumming guitars. Images colliding impressively they'd launch into their new single, 'Obsessed' .

A tape loop of gun-fire would fill the air and it'd all seem like some damp outtake from 'Rock "n" roll high school'.

Can’t you just imagine all of the kids joining in its spaghetti western chant whilst stomping through great puddles a la Gene Kelly? Terrific!

This of course though never  happened. It just carried on and we we're eventually allowed to squelch into the dry . The place is crammed to capacity with heavy duty punks and skins. A little odd I thought at the time as 'Concrete' owes more to the Archies than anarchy.

Still, any fears that the Nines may have lost any of their pulling power - it has after all been a year since they last toured - are proved very much unfounded.

The atmosphere is rich with anticipation and the whole thing is shaping up very much like an occasion of (dare I say it?) some importance. I can't help feeling that with ' Obsessed ' 999 are finally going to break through, for despite their considerable popularity on the street the band have never actually found great favour with press and consequently public at large – whoever he or she may be.

It really is a timely single  slotting in as it does with the nation’s current… er, obsession with costume drama nonsense (Do the Caveman!) as pioneered by the new glitter kings, the Ants. An energetic slice of kitsch western buffoonery that you can actually dance to. Who can resist it?

"It was just an experiment in the studio," explains Cash dismissing cries of bandwagon jumping – or should that be bushwacking?

"I just got back from the pub one day and found that Guy had stuck this spaghetti western style guitar over one of our new songs. I thought it was great so I told him to cover the whole thing in it - then I went back down the pub.

"I think it's turned out really well. It's got a great sort of galloping beat to it. You should see the kids dance to it! “Hey-kids. Do the gallop!”

"You know what. It's the first single of ours to actually get played on the radio." Says Cash looking vaguely proud.

"Peter Powell (wash your mouth out with soap water) played it on his show. Another first for 999! It's the only one not to be banned .. I think that's really sad don't you? They do take offence at our lyrics ... don't know why?"

“Obsessed” both opens and closes the show. There are cheers when they literally charge onto the stage and gasps as a fistful of flashbombs ignite. I suspect that the gasping was more down to asphyxiation than any declaration of wonder though.

The single definitely loses something stripped of its mammoth production. Nick's lone chanting doesn't exactly convince and it is little more a work out for the rhythm section, even so the audience is a leaping mass of coloured hair. A definite heroes return job.

"The energy level on this tour has been just amazing," says the singer. "I mean we've had people fainting and having to be carried out, the whole works. It has been just electric!"

The band are quite obviously delighted to be back and working in Britain.

"I mean we couldn't exist without playing here could we?" I'm told with feeling.

"It's just great, mind you it hasn't been easy what with the weather being so bad, we've been snowed in and all that lark. Still loads of kids have turned up to see us and that's all that's important. We're all over the moon about it because we've had some really great gigs. Like when we played the Edinburgh Nite club, that was an amazing night. Knee- high in Jocks we were”.

The set is a predictable mixture of the very old and very new. It's a whirlpool of flash and thunder. The lighter fare from 'Concrete' is roughed up and punched out and the kids actually sing along to all of the songs. Live, the Nines reign supreme. Caught up in the excitement of the show it's difficult to remember that despite five fine albums they haven't yet cracked it here. Guy Days lays the blame firmly at the feet of the Beeb. 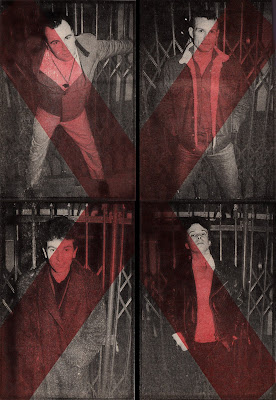 "They have just refused to play our records, come to think of it we haven't had any media coverage at all. We've had nothing on the radio (curious as the band's singles have been as commercial as hell!) and no press coverage at all (Dead right there. This'll be the only 999 feature you've read for several years I assure you!) which doesn't help".

"Yet we can still pack out places like the Lyceum. The kids want to see us."

Perhaps the band just haven't been. . . fashionable? (It seems a trite and stupid question. I regret it immediately. )

"I dunno. You tell me!' A sigh of relief as they laugh.

I put it to Nick that the album marks quite a departure from their earlier work. Is it a definite attempt to be more commercial I wonder?

“We didn’t just set out to make it a commercial album if that’s what you mean.” He snarls. A triple annoyed.

“It’s just the way things turned out . Before when we were recording things like “Nasty Nasty” and “I’m Alive” we all had day jobs and we’d go into the studio on Saturday afternoon and thunder them out, all on the same note, whereas now we’ve actually got time to sit down and figure out different bass runs.”

That may be so, I counter but there’s a big difference  between “Homicide” and “Little Red Riding Hood”!  “Well  yeah. I wanted to record that because I think that it's a really dirty song. (Well!) But it's still dance music. It hits you between the ears”.

"The thing was a lot of the earlier stuff was quite serious. Like "Nasty nasty" was written after all that trouble punks had in the early days, but now we're finding out that you can say a lot just with humour. I mean 'Obsessed' is a pretty funny song."

"We know that there's been a definite change in the style of material. You just can't stick to playing your old stuff - no band can. We don't want to churn out millions of Homocide's and Emergency's . . . we're experimenting more now."

Ironically the bedlam only really begins on the dance floor when Nick announces the above. “Ccommonn' let's get crackin” He screams.

“This is what you’re all here for ain’t it!”

The opening chords to "Homicide" reaps a deafening roar of approval. It swaggers along with oiled biceps, perhaps the band's strongest song? A young punk manages to climb onto the stage. Before he can even wave to his mates he's bundled offstage. Nick Cash is furious.

“Are there any more bouncers here?" he yells. "Well you can all FUCK OFF!!" Fists cleave the air in
approval. From that moment on he can do no wrong! It works so well it could almost have been staged. I smile to myself. The geezer's a brilliant showman.

They recount with much delight their adventures in Finland where they played to a load of "Cossack soldiers doing the twist - I think the twist had only just made it there.", and Yugoslavia where they had to play behind riot barriers.

"That was terrible. The police wouldn't even let us talk to the kids. We had to play behind these riot barriers the first of which was patrolled by police with Alsatian dogs!"

Riot barriers wouldn’t go amiss in the Lyceum as the set draws to a close. The band have played their trump cards, the classic “I'm Alive” and “Nasty Nasty”, and the audience is going bonkers. As they scoot off into the darkness a storm of fireworks splutter into dazzling white life.

Countless Crass symbols applaud the showbiz gimmickry while I wonder just how much difference there is between this and the Liberace show just up the road.

The Nines are soon back for an encore. “Obsessed” again, and ” Emergency”. And then the Bubblegum berserkers disappear for good. It's been a superb entertainment.

"The kids have been great, they've stuck with us even though we've been a bit quiet (How's that for an understatement?) This is just about the biggest crowd we've played to here. I'm not sure why, but things just seem to be getting,bigger for 999 all the time!"

It's a situation that reminds me in a lot of ways of the Ants. Sixteen months ago they had fanatical street-level support and zero media attention. Now you'll be lucky if you can avoid Adam's grinning visage. Is it all going to happen again, I wonder as I lope into the wet?

It's still pissing but I don't really care. I just tip my cowhide stetson over my eyes and amble across to the waiting stallion. “Obsessed” still plays in my head and I feel just fine.

Email ThisBlogThis!Share to TwitterShare to FacebookShare to Pinterest
Labels: 1981, 999