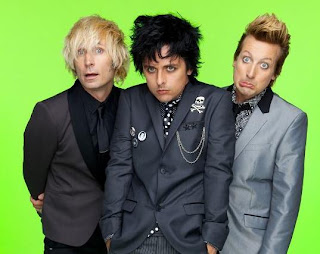 Today, I got lucky. I am not a big fan of Green Day, but my son certainly is. To be honest, I didn't even realise that they were playing in London until this morning. Tickets were due to go on sale today at noon for Thursday's gig and I didn't think that I would have a hope in hell of getting anything.

At 12 o'clock, I was sitting in a conference meeting with my boss. I told him that he would have to cover me in the meeting until I had tried to get hold of these tickets.... he's good like that! To my great surprise I was successful in getting my hands on two standing tickets for the face value of £49.50 plus fees. That made my eyes smart! My son of course is delighted and I was soon persuaded to relinquish my ticket to his girlfriend.

So in short, I am £102 pounds down on the day and since the tickets are booked in my name, I have to be there to present my credit card to collect them and to cap it all I have been invited to accompany my wife to Westfield shopping centre whilst they are at the gig. The things we do as parents!!

What did annoy me though was the speed with which tickets appeared on Viagogo for a minimum of £300 each! (a colleague, and a fan herself, who was unsuccessful in getting tickets mentioned that she had seen tickets offered at £425 a piece!). Now that is touting at the highest level, and if the Panorama expose on such resale sites is accurate, this is a scam that is being perpetrated by the ticketing agencies themselves. It's really disgusting and needs to be sorted out! It's at times like this that I am glad that the bands that I tend to go and see are no longer the hottest ticket in town.

Here's hoping that Rudi and his friend fully enjoy their golden tickets. 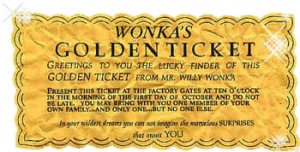