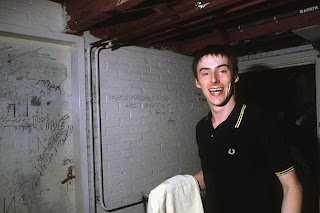 What really needs to be said of The Jam in 1980? Whilst of the 'new wave' bands The Police were probably the biggest in the world with their brand of white reggae, there was no doubt that in the UK, The Jam ruled the roost. Take a look at the albums that they produced around these years and it should be no surprise that they were so big.

Mr Rotten had left the building, Messers Strummer and Jones had set their sights in the US, which kind of left Paul Weller as the new voice of the disaffected youth. 1980 Britain was a country that was feeling the first blows from a new political doctrine that was later to become known as Thatcherism. The Jam knew and understood their audience maybe better than any other band before or since. That understanding was articulated in Weller's peerless talent as a lyricist. Just listen to 'Saturday's Kids' or, from a couple of years later, 'That's Entertainment'... just brilliant stuff!

Whilst this recording is from one of their US tours, unlike The Police and The Clash, The Jam never broke the US audiences. At this time they were just too British sounding.... it was only in their last years that they nodded towards a US influence with the introduction of soulful brass.

This set, recorded for radio, is a dream, showcasing the band at the height of their powers. 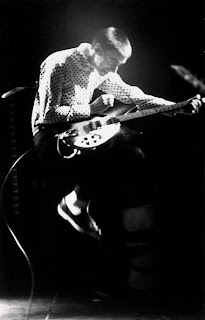 Email ThisBlogThis!Share to TwitterShare to FacebookShare to Pinterest
Labels: 1980, The Jam