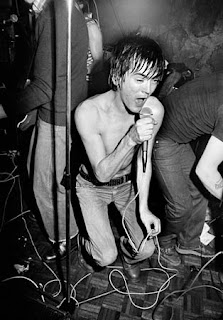 Ah, The Undertones, an affable five piece from Derry, arguably Ireland's finest musical export. In stark contrast to musical contemporaries Stiff Little Fingers who's material very much focused on 'The Troubles', The Undertones wrote about anything but! The first two albums are perfectly summed up by one song 'More Songs About Chocolate And Girls'!

What teenager could fail to identify with this band in their parkas and school jumpers. They were extremely self-effacing at a time when bands had a tendency to take themselves a little too seriously (The Clash, PiL, Dexys... the list is a long one). 'I wanna, wanna be a male model' howled Fergal on the first album... the irony being that later in the decade he did become a male model... t'was a funny decade indeed! Let's not forget the The Undertones in this period delivered some of the best pop punk singles that have ever been made and importantly gave us one of the best lines ever with 'his mother bought him a synthesizer, got The Human League into advise her'... genius!

So here's one that appeared on Dime some time ago (thanks to the original uploader (butterfield). 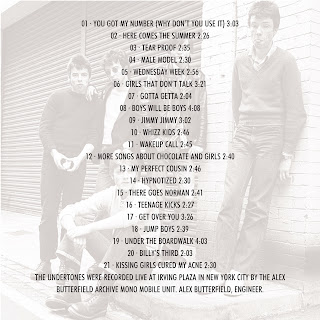 'My Perfect Cousin'
The Undertones
Top Of The Pops April 1980

Email ThisBlogThis!Share to TwitterShare to FacebookShare to Pinterest
Labels: 1980, The Undertones