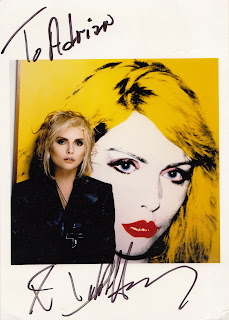 So first up from 1980, here's a show from Blondie, who at this point were at the pinnacle of their success. By 1980 the band's 60's tinged pop that they played the stage of CBGBs had largely been replaced by a sound that fused the new wave with disco (contemporary with the nascent punk scene in New York). Such hits are represented here; 'Atomic', Sunday Girl' and 'Heart of Glass'. I suppose that the fact that Debbie Harry was easy on the eye didn't hold them back either. But there was more to Blondie than cheekbones and fishnets. The musicians behind Debbie were all highly accomplished by this time, perhaps none more so than sometime Hugh collaborator, Clem Burke on drums. 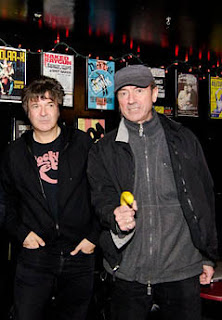 
The enduring quality of this band was evidenced in 1999 when they scored another UK hit with the excellent 'Maria' some 20 years after their first commercial peak.

Presented in FLAC format (thanks to the original Dime uploader)

Also playing on this Saturday night were:

Email ThisBlogThis!Share to TwitterShare to FacebookShare to Pinterest
Labels: 1980, Blondie