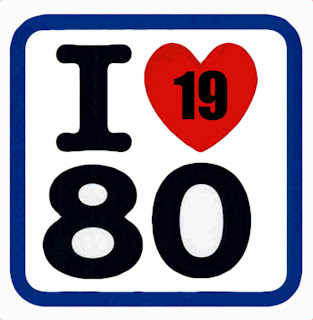 In periodic London meet ups with a couple of fellow Stranglers nerds, music is a fixed agenda item for debate and general procrastination (an art that we have almost mastered). In such pinot inspired ramblings we invariably reach the same conclusion that, for each of us, 1979 was the point in time that music in the UK peaked, with the variety and quality of music being released, if equalled, has never been surpassed.

It is with this in mind that I intend to look at some of the other sounds that influenced me and many others of my age and a few years older. However, as the title of this post suggests, it is not to 1979, but to 1980 that I want to concentrate on first.

If you don't mind, here I'll indulge in a bit of personal history (bypass if you wish!).

In March 1980, I turned 11. It was in this year that I bought my first vinyl (parental purchases on my behalf of 'Whispering Grass' by Windsor Davies and Don Estelle and Abba's 'Greatest Hits Volume 1' do not count!). For the record (excuse the pun), the first single that I bought in WH Smiths in Burgess Hill, Sussex' was The Vapors' 'Turning Japanese' (quite a credible start to anyone's collection I think), but then I made a severe error of judgement. I was accompanied on this trip by my next door neighbour, who had also bought the same single.... and so it was that in an attempt to maximise our meagre resources I agreed to exchange my copy for something else (unfortunately not by the Pistols, that came later). In my 'wisdom' I made the exchange for...... 'Kool In The Kaftan' by B.A. Robertson?! It must have been the fold-out sleeve that clinched the deal (for sure it wasn't the music!) 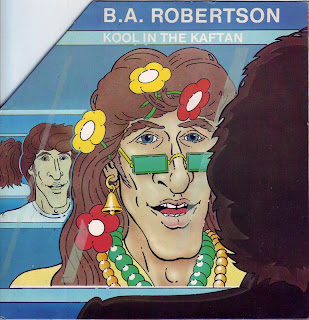 Being new to buying music and without the guiding hand of an older sibling (I am an only child), all of the musical mistakes that I have made were of my own making and I reluctantly stand by them. Let's move on.

In 1980 I started secondary school, which gave me a great deal of exposure to the diversity of musical genres that were popular at that time. Unlike now, almost every kid in class claimed allegiance to one or other youth movement (in the school all of the following was represented, punk, mod, 2 tone, pop, futurist and metal (old style and NWOBHM)). In 1980 I was aligning myself with the electronic scene (Gary Numan principally) although I was also buying Madness, Dexy's, Adam and the Ants etc.

In the next few weeks, I plan to up load 20 recordings from 1980, that I think show how good the UK music scene was in 1980. Where possible I have added a footnote detailing some important gigs played in the UK in the same week.
Posted by Musky03 at 11:41

Email ThisBlogThis!Share to TwitterShare to FacebookShare to Pinterest
Labels: 1980