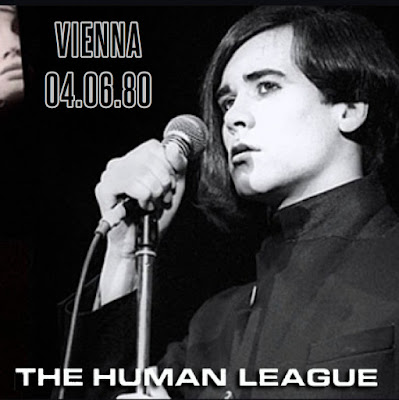 Ha! This one may challenge a few, but as they said of The Prodigy in the 1990's, the same could have been said of The Human League in the late '70's before pop stardom called by, they were Electronic Punks.
Certain bands were punk in their attitude in that they were around in '77 and didn't jump on the three chord bandwagon but instead decided to make their own unfathomable noise, in many ways as challening to the status quo as punk. Unlike the electro/new romatic bands that followed within 18 months or so the likes of The Human League and Orchestral Manoeuvres in the Dark built their own synthesizers.... even those aspiring to be in a punk band could go down to Woolworths to get the gear, not so for the early electro-musicians, they had to make their instruments..... punks indeed, albeit in corduroy!
Unlike some of the other early electronic outfits, most notably Ultravox, The Human League did not take themselves too seriously, their music was a mixed bad of futuristic adsurdity ('The Black Hit of Space', 'Empire State Human'), unexpected covers ('Rock 'n' Roll Part 2', 'You've Lost That Loving Feeling') and songs that referenced 1970's popular culture of the day as in 'The Circus of Death' which features 'Hawaii 5-0' detective Steve McGarrett as its central character. The original Human League's take on the future was more Jetsons than robots and AI! In that sense they were not a million miles away from The Rezillos, and funnily enough Rezillos guitarist, Jo Callis, joined The League shortly after departing from Faye and Eugene.
What's more, The Human League were viewed with a certain credibility by the punk fraternity, supporting Iggy Pop and Siouxsie and the Banshees on UK tours.
Let's see if anyone other than Andy Miller downloads this one!
FLAC: https://we.tl/t-6zLnmInGyK
Artwork: https://we.tl/t-AjzXFj1oqt
01. The Black Hit Of Space
02. The Touchables
03. Dreams Of Leaving
04. Girl One
05. Life Kills
06. Almost Medieval
07. Perfect Day
08. A Crow And A Baby
09. Only After Dark
10. Being Boiled
11. Blind Youth
Posted by Musky03 at 21:31

Email ThisBlogThis!Share to TwitterShare to FacebookShare to Pinterest
Labels: 1980, The Human League