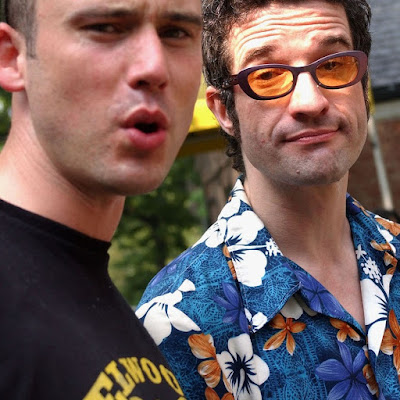 Will White and Alex Gifford of Propelleraheads

Well 'P' is an easy option and I was presented with many choices to upload. Nevertheless, I plumped for something more obscure ad no doubt challenging to some. But this is a broad minded site and can and indeed does contain material that is sometimes rather tenuously linked to the band. This recording is a case in point. The 'band' are Propellerheads, an electronic paring of Will White and Alex Gifford. Now Alex as you know had an association with the band that lasted several years, originally contributing sax to the brass section that played on the Aural Sculpture tour, after which he took to lead vocals in Dave and JJ's side project The Purple Helmets. 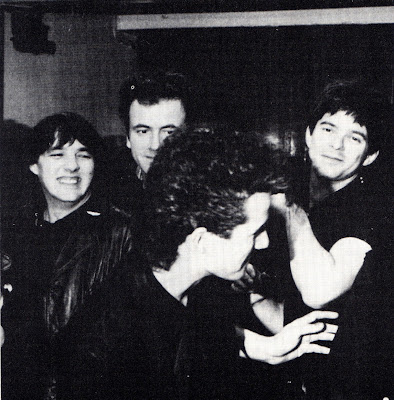 A bit of rough and tumble with the brass section (1985) 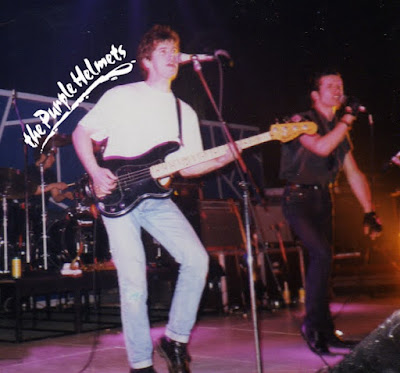 With The Purple Helmets (1988)
Propellerheads debut (and only) album 'Decksandrumsandrockandroll' was a big seller when it came out in 1998 and I duly bought it by virtue of the Stranglers connection. However, I did not play it for 10 years but a was really surprised and enjoyed most of it. Dance music does not feature much on this site, but this is a little different, very soundtrack orientated and swathed in Bond-esque kitsch.
This set was recorded for Live at the Wireless, Triple J in Australia on 10th February 1997.
FLAC: https://we.tl/t-tJJB3zq1OU
01: Propellerheads Intro
02: Bring Us Together
03: Take California
04: Dive
05: Props Got Skills
06: Spybreak

Email ThisBlogThis!Share to TwitterShare to FacebookShare to Pinterest
Labels: 1997, Propellerheads 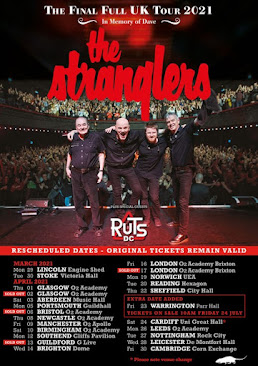