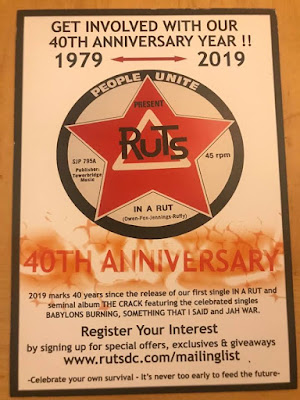 An independent release picked up by John Peel, which then lead to the band performing live sessions for him on his legendary U.K radio 1 show - The Ruts were formed in 1977 but this was their first release and set them on their historic path.

To mark this special event they're going to do a live stream, play a few acoustic songs and talk about this legendary single release.