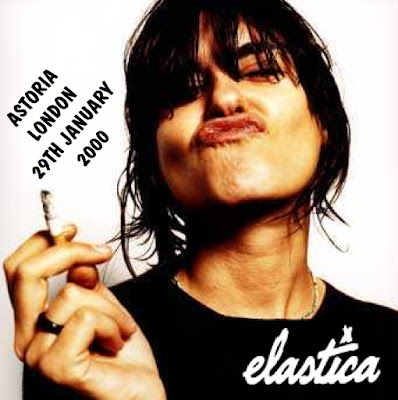 An anniversary gig from a great band. Their first album was wonderful, ballsy, arrogant and irreverent... just what you want from a rock 'n' roll band. Who cared that with each track you could tell what band had been on the band's turntable at the time.

Unfortunately, these incontestable darlings of Britpop stalled when it came to the release of their second album, a massive five years after the first. In the fickle world of pop things had moved on and Justine and crew were darlings no  more.

Email ThisBlogThis!Share to TwitterShare to FacebookShare to Pinterest
Labels: 2000, Elastica