The Damned On Tour In The UK With The Dickies 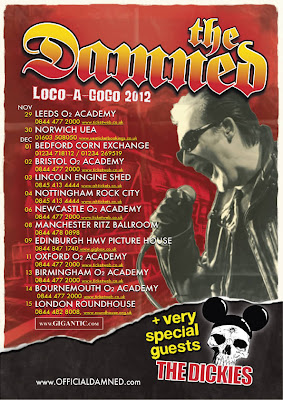 Not since The Damned co-headlined the Brixton Academy with The Ramones have I seen such a great gig pairing. Here we have the clown princes of punk representing both sides of the atlantic. 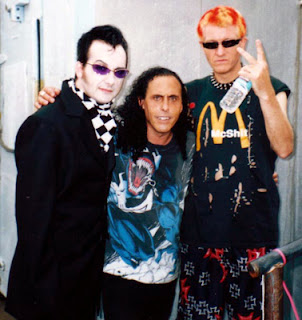 I have posted about The Dickies before but I'll say this again, they are the only band that I have seen on many occasions that have never delivered a bad gig. Every other band (without exception) have played at least one howler!

Good luck to The Dickies. I hope the two bands bring out the best in each other. 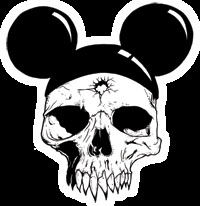 Email ThisBlogThis!Share to TwitterShare to FacebookShare to Pinterest
Labels: 2012, Ruts DC, The Damned, The Dickies