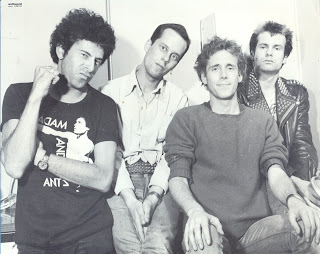 It was of course the Subs who inspired this 20 from '80 thread idea with their refrain '1980 is a brand new age!', so it is only right and proper that Charlie's boys feature in this list and round it off.

1980 was indeed a very good year for the Subs who at the time were working hard to build up a following by relentlessly touring (a habit that they have not kicked to this day!).

I am happy to say that the U.K. Subs are still with us and still touring constantly. A quick check shows that they embark on an extensive UK tour next month, followed by Europe early in the new year.

Here's a show from August 1980 from The Music Machine in London's Camden. The set contains new material from the forthcoming 'Diminished Responsibility' album released the following year. 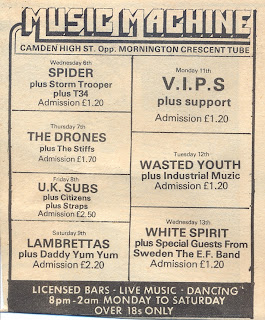 Music Press advert for the gig