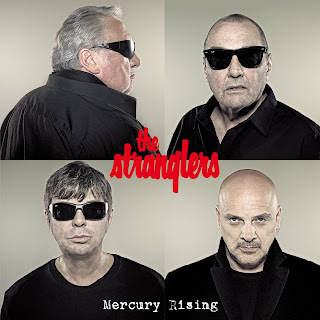 Yeah, I know, the single has had its day. As a promotional vehicle in this era of the digital download its value relative to the cost of production is limited certainly.

Nevertheless, as a record buyer of a certain vintage there still remains within me a certain tingle of anticipation that a single release brings on. So, having acknowledged the limited value in commercial and promotional terms, the real beneficiaries of the single release are the fans.... and I'm all for that! As an item, it works as a stop gap between album and tour.

I have had the email to inform me that the cd has been dispatched . I will report more fully when I have the item in the machine.

As to the content, it's great to have the option of an instrumental version and a live version from the last tour makes the 'Mercury Rising' story complete. The choice of 'Sometimes' is a bit of a puzzle. Perhaps the instrumental of 'Lowlands' as was circulated on Soundcloud would have been a better choice or maybe a live version of 'Time Was Once On My Side'. Still please do not take this observation as a moan, since as a fan I am more than happy to have product in hand!
Posted by Musky03 at 21:41