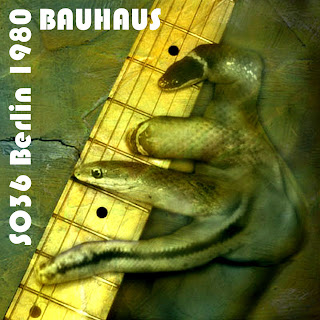 Bauhaus were a strange band but typified well how, in the wake of punk, ideas got mixed and matched to produce something entirely new. For example, take elements of Bowie in his 'Thin White Duke' period, throw in a dash of Dave Vanian, run the mixture through a mangle and the result.... Pete Murphy.

I love Bauhaus and I have 95% of their stuff, however even so they were a band who could be rightly considered to take themselves a bit too seriously! Lyrically, they were capable of producing what could be described as pretentious twaddle!


'In the marbled reception hall I received a three band gold ring, from Mark. A token of esteem. Running through ghost closet locker rooms, to hide from Peter, who has fallen to the old cold stone floor, wheezing and emitting a seemingly endless flow of ectoplasmic white goo from ears and mouth. A wind rushes through the hall, whistles as it breezes through the narrow slits in the green locker doors. I hide in one of these, number thirteen'.
'Of Lillies and Remains' Bauhaus 1981 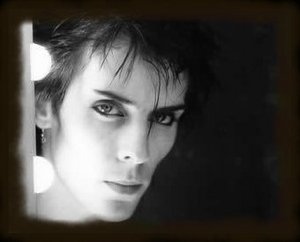 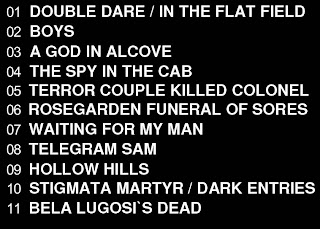 Bauhaus were certainly unique and would have adequately served the punk/new wave cause even if their recording career started and stopped with 'Bela Lugosi's Dead'.

Email ThisBlogThis!Share to TwitterShare to FacebookShare to Pinterest
Labels: 1980, Bauhaus