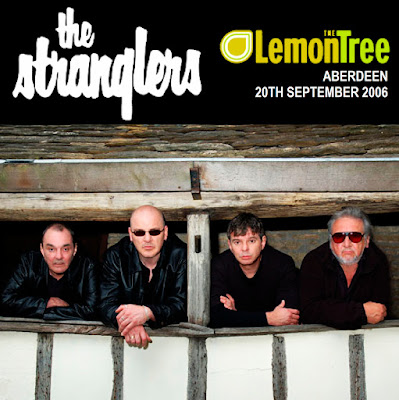 With the release of the deluxe edition of Suite XVI almost upon us now seems to be as good a time as any to offer up a recording from that tour back in 2006.

For me personally, this was a great time for the band. Unshackled from the internal wranglings that seemingly dogged the band in the latter days of the Paul Roberts' era the revamped four-piece approached the gigs on this tour like they were their last. To anyone in the audience the pleasure that the renewed four piece dynamic gave JJ, Jet, Dave and Baz was palpable. JJ's willingness to jump back on the mike after several years of abstinence was an undoubled highlight. Opening a set with the primal roar of '5 Minutes' is always gonna be a winner! It was clear that the good times were back. The new material from Suite XVI slotted very well into the set, which with the exceptions of 'Norfolk Coast', 'Lost Control' and material from the new album had been purged such that there was not a trace of the recently departed singer. Of the new songs most notable were 'Spectre Of Love', the eyebrow-raising 'Unbroken' and the majestic tale of survival against the odds, 'Relentless', a song surely up there with the best of the Mk I material.