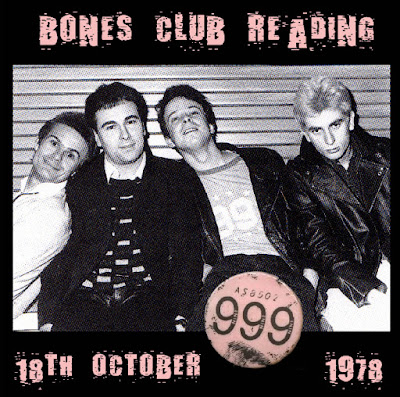 And now for another support related post. 999's relationship with the band goes way back. In fact it could be said that Nick Cash's knowledge of the band goes back even further to a time when the boot was on the other foot and The Stranglers supported the band that Nick, then known as Keith Lucas, was in as Ian Dury's guitarist in the Kilburns.

999 provided tour support on the European leg of the Black & White tour in the summer of '78. 999 are captured with the band on the tour bus in the 'New Wave in Vienna' footage, which also features Nick larking about at the airport. 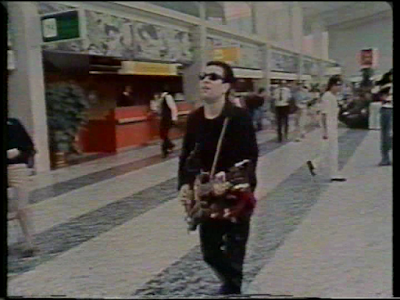 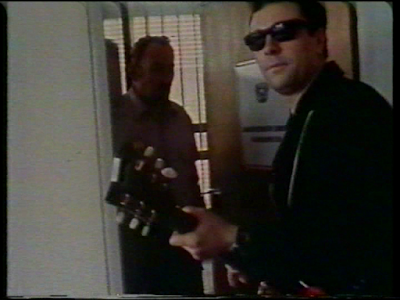 Through this door lies trouble!
Nick Cash in negotiation with Airport Police (June 1978)

The band also supported The Stranglers as part of a very eclectic (read that as 50% crap) line up at an open air gig at Fontwell Racecourse in 1993. Out of this gig came an interview with 999 for the pages of Strangled (at the suggestion of JJ). This interview took place a couple of weeks later in a room above The Swan pub in Fulham (where the band were playing that night). In the course of the discussion, the band talked of that particular tour, Vienna and also the riot gig that occurred at the Cascais Sports Stadium in Portugal.

I have the full transcript somewhere which I will look to post in the not too distant future.

This particular recording was made 3 months after that tour.