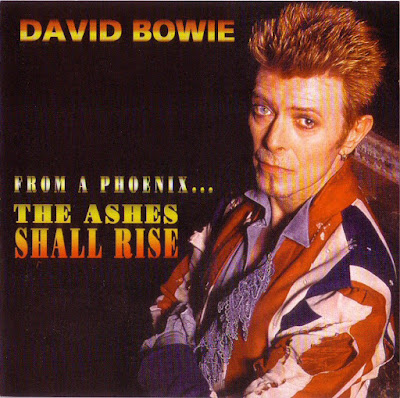 I only saw Bowie once at the Phoenix Festival in July 1996. The Festival was a fiasco. At the time Gunta's parents lived in Coventry and we thought that we would be clever and beat the crowds..... stay over in Coventry for the night and then take a leisurely drive over to the airfield near Stratford. A journey that should have taken 30 minutes took an awful 8 hours! Organisation of any kind of traffic flow broke down and many people missed the day's headline acts. It was the end of the Phoenix Festival, it did not reappear in 1997.

For his part David Bowie was amazing, playing a great set with a total command of the stage, and playing material from the previous year's 'Outside' album, which in some respects brought to my mind a meeting of Ziggy Stardust and Killing Joke!