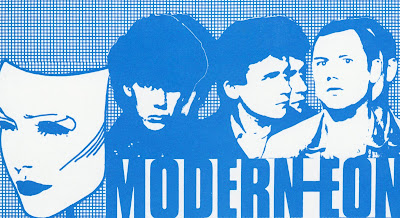 Modern Eon were a Liverpool band of the post-punk era. There studio output ran to an album, 1981's 'Fiction Tales' and five 7" singles. They also appeared on a number of compilation albums at the time.  This gig from Liverpool's Royal Court was a BBC radio recording of a gig that occurred two weeks before their support slot with The Stranglers that took place on 7th March 1981.

More information on Modern Eon can be found on their website here.
Posted by Musky03 at 11:25