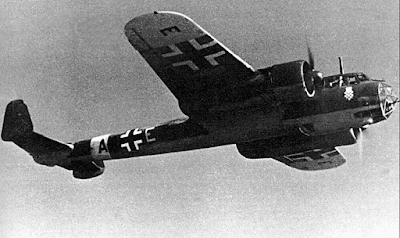 As I was listening to the radio in the car as the family returned from Cambridge a couple of days after Christmas I started listening to Jeremy Vine doing a programme of Radio 2 highlights across 2015. 2015 saw the 75th anniversary of the Battle of Britain and in one of their long running shows 'Friday Night is Music Night' was given over to a commemoration of the Battle and of 'The Few' who stopped the Luftwaffe from gaining air superiority over the skies of England, which ultimately forced Mr Hitler to rethink his invasion plans.

Here then is a story set to music of actions and experiences of 18th August 1940, known as 'The Hardest Day' of the Battle of Britain. This post is a little self indulgent in that it mentions my home town of Burgess Hill and this recalled the story that I have not heard for many years.

RAF airfields were targeted today, including Kenley and Biggin Hill. Part of the German plan was to send bombers across the Channel at very low level to beat the British defences, but the Observer Corps post on Beachy Head gave an early warning of what was happening.

Among a series of spectacular photographs of the low level formation taken by a German official photographer flying in a Dornier was one of people running for cover in Burgess Hill, Sussex, as the force crossed the town. 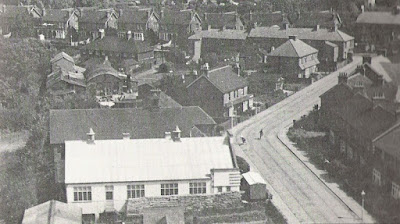 People can be seen running for cover in Cyprus Road, Burgess Hill as a German dornier straffs the street.
(German observation photograph taken on 18th August 1940).

Burgess Hill was a turning point for the nine dornier aircraft, from where they picked up the line of the Brighton to London railway which took then in the direction of the target airfields. My Grandparents also related this incident on numerous occasions.

Both sides suffered heavy casualties in intense fighting. It was claimed that the Dornier that crash landed at Leaves Green near Biggin Hill had been brought down by fire from the Home Guard, but the evidence, including that of the pilot, Oberleutnant Lamberty, indicates that the Kenley ground defences and RAF fighters deserve the credit.

The Stukas suffered. Another memorable photograph, taken from the ground, shows one tumbling to destruction on the outskirts of Chichester.

Among the RAF pilots lost was Sergeant Peter Walley of No 615 Squadron, whose Hurricane crashed at Morden. Witnesses suggested that he had stayed with the stricken aircraft to steer it away from houses. Others described another piece of heroism; Flight Lieutenant “Conny” Connors of No 111 Squadron still firing at a German bomber from his burning Hurricane, moments before it crashed. The aircraft had been hit by anti-aircraft fire over Kenley.