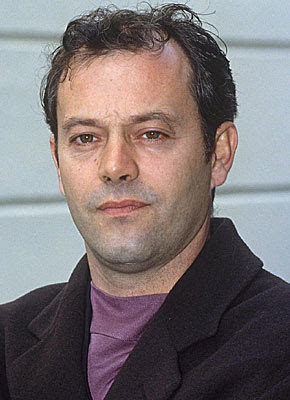 The Stranglers had a habit in the early to mid '80's to shun the convention of touring with a lesser rock band for support. Instead they selected leftfield acts that they knew would challenge and/or infuriate their audiences. From music hall acts to puppeteers, ballerinas to bodybuilders they took them on the road.

At the prestigious London date of The Dreamtour at the cavernous Wembley Arena, they employed the services of Jerry Arkwright, a self-acclaimed Northern Industrial Gay. This was a typical Stranglers rouse to wind the predominantly male, and perhaps a tad macho, audience up as much as possible. Remember this was in late 1986 when Britons first became aware of the new dread disease, A.I.D.S.. This was also a time when Gay communities across the world were seeing what this devastating disease meant to them as thousands were diagnosed as H.I.V. positive. This was a very scary time for homosexuals and heterosexuals alike and the Government campaign at the time very much fueled that fear.

Jerry Arkwright was none other than comedian Keith Allen, one of The Comic Strip Presents.... team. Personally, this routine never did it for me, but as a band support here it is for you people.