The Stranglers Versus The World in 1977 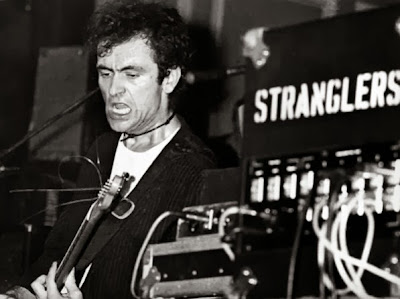 Here's a collection of three radio interviews recorded with Hugh, Jet and JJ back in 1977. These interviews reveal how the band saw themselves at the time. This is interesting listening for me as by the time I got into the band (late 1981) 'Golden Brown' had just come out and with it the perception of The Stranglers as musical pariahs evaporated.

What does come across at least in the Capital Radio interview phone in is an evident connection with the genuine teenage fan base.

Many thanks to MeAnIe again for both the compilation and the associated artwork. 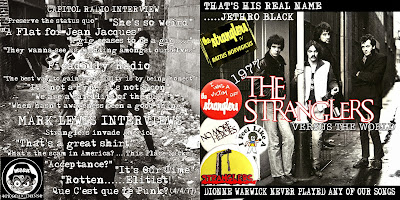