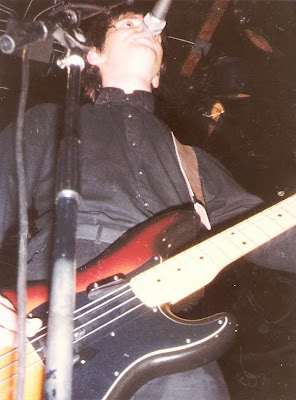 JJ with hired bass
Whisky A Go Go
November 1980
I must say at the outset that whilst this says 6th, it is not an undiscovered recording. It is the very same recording that has been doing the rounds variably as either 7th or 8th November. This was part of a four night residency (6th-9th) at the famous Californian Club. The reason for the change of date is that I have been in discussion with a fan in Los Angeles who was present at the late show on the second night (7th) and was sadly thwarted in his attempt to capture the gig for posterity.
So, in his own words (thanks for the additional information David, always appreciated):
HERE'S WHAT I CAN TELL YOU...I HAVE LIVED IN SOUTHERN CALIFORNIA SINCE 1977. THE WHISKY A GO GO IS ABOUT 45 MINUTES WITHOUT TRAFFIC FROM MY HOUSE. IN THOSE DAYS MOST BANDS THAT CAME THRU TOWN AND PLAYED THE WHISKY...THE ROXY...THE STARWOOD....THERE WOULD BE AN EARLY SHOW AROUND 8:00 PM AND A LATE SHOW AT 11:00 PM. I WENT TO THE LATE SHOW ON 11-07-80. I USED TO HIDE MY TAPE DECK PRETTY GOOD IN THOSE DAYS BUT ON THIS NIGHT I GOT CAUGHT AND THEY WOULD NOT LET ME BRING IT IN. I WENT TO THE BACK DOOR AND PUT THE MIC UP AGAINST THE DOOR AND TRIED TO GET SOME SOUNDS BUT AFTER ABOUT 5 MINUTES A SECURITY GUARD SAID I COULD NOT STAND THERE. I PUT MY DECK BACK IN THE CAR AND WENT INSIDE AND SAW THE SHOW. I DONT REMEMBER A WHOLE LOT ABOUT IT IN ORDER OF THE SONGS THEY PLAYED...THE DISC I HAVE HAS THAT 5 MINUTES OUTSIDE THE DOOR AND THE THE REST OF THE DISC IS AN FM BROADCAST OF THE STRANGLERS INSIDE THE KROQ-FM
STUDIOS WITH RODNY ON THE ROQ WITH DISCUSSION AND MUSIC AND ASSORTED OTHER STUFF GOING ON IN THE STUDIO...SOME LIVE STRANGLERS FROM SOMEWHERE BUT IT'S ON THE NIGHT OF 11-07 OR 11-08-80...ANYWAY, WHATEVER DATE IT IS IT'S THE WEEKEND THE STRANGLERS WERE IN TOWN FOR THE 11-07 & 11-08-80 SHOWS. IM IN MY 50'S NOW...I SLOWED DOWN A LITTLE BIT BUT I STILL LOVE LIVE MUSIC...IT JUST DEPENDS ON THE BAND...IM SURE YOU KNOW WHAT IM TALKING ABOUT. 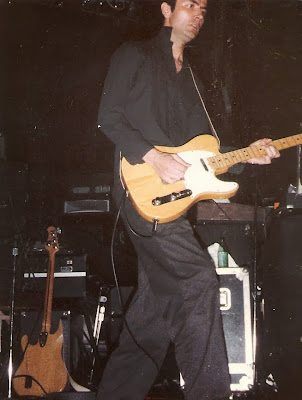 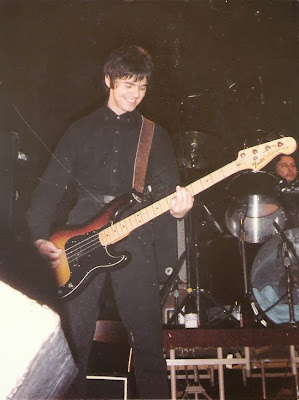