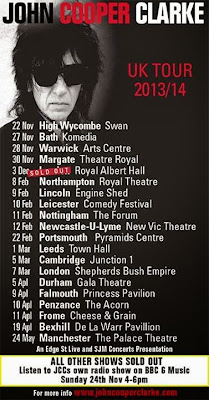 The Bard of Salford rides again. A couple of years ago we had the pleasure of seeing John Cooper Clarke in Cambridge, on that occasion he played a very intimate gig at the Junction 2. This time around he is playing the larger Junction 1 next door. Looking at the dates above, it would seem that his popularity is rising again as there's some big venues in there for a poet!

Here's a recording I found in a box of tapes from 1994. It features one of my favourite JJC poems, his own Haiku. 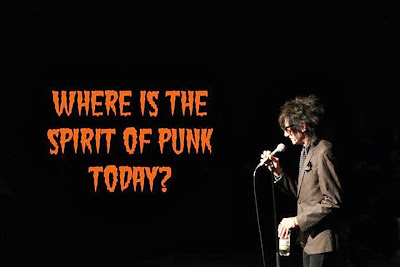