The Ruts Feature In The January 2014 Issue Of Mojo Magazine 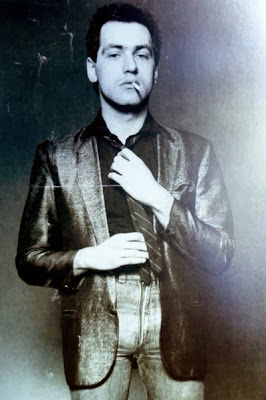 The current issue (January 2014) of the UK monthly music magazine Mojo, features an in depth article on The Ruts. Entitled 'A Punk Tragedy' and based around a lengthy interview with Segs and Ruffy, it is an affectionate but sometimes harrowing account of the formation, heyday and calamitous demise of the West London band. Anecdotally interesting, I didn't know for instance that Malcolm laid out one Sid Vicious at The Music Machine after a row with the delightful Nancy, this is an attempt to publicly set the record straight about the events that unfolded on 14th July 1980 and the ensuing problems in the months (and years) that followed.

It's a great read, and hopefully a taster for the forthcoming book. I would just say however, that the the journos description of Ruffy as a 'Buddhaesque jobbing sticksman' is a bit harsh!!

And so the Ruts story continues as tonight I will get my first taste in Leamington Spa of a pairing that I never expected to see in my wildest dreams. Couldn't be there in '79, but this will do nicely. 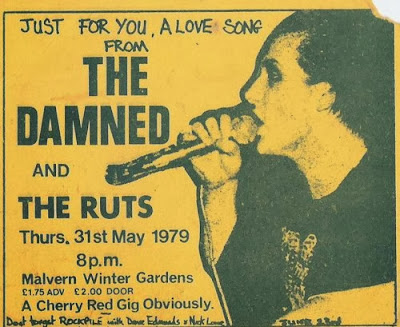 Email ThisBlogThis!Share to TwitterShare to FacebookShare to Pinterest
Labels: Ruts DC, The Damned, The Ruts