To make up for the uploading limitations of 1984, here's a bootleg collection of demo recordings that later went on to appear on the Aural Sclupture, Dreamtime albums and associated B-sides (well most of them did).

As a fan, this period was very important for me as although I had bought most of the singles from Golden Brown onwards, by the time that Skin Deep appeared and then Aural Sculpture I was in the 5th form and I had become very analytical about music (in a way that only 15/16 year old boys can be). To this end I remember vividly pouring over the lyrics to Aural Sculpture on the back seat of of the school bus for weeks. I mean, Christ how much meaning can you put into Mad Hatter.... but in my defence I was hormonal!!

Looking back on this time now, it is clear to me that whilst it had it's moments AS was rather flawed in some respects (and sorry to say it with AS along came the brass, which never did it for me). I really do believe that some of the material that was relegated to B-sides was stronger than some of the tracks that made the album cut (Here & There, Head on the Line).

See what you think of this then. 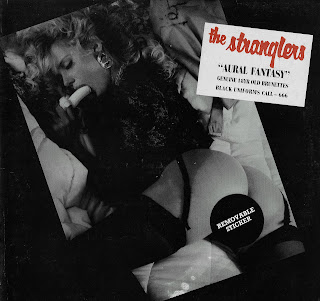