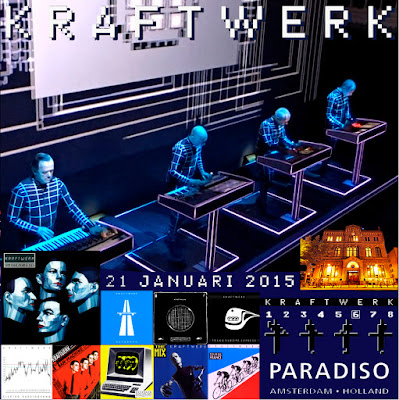 So here to my ear and in my personal opinion only is Kraftwerk's weakest album. Tensions existed within the Kraftwerk organisation at this point in time. Karl Bartos cited Ralf and Florian's perfectionist approach to music making as a reason for his departure. Whether this perfectionism was responsible for the near 5 year band hiatus between 'Computer World' and 'Electric Cafe' or whether it was due to the cycling obsession is known only to them, but this career break, if such it was, came at a crucial time. Instead of leading the early '80's synth brigade to bigger and brighter things, they were somewhat left in their slipstream as those bands took their ideas and ran with them. It took Kraftwerk many years to recover I think.