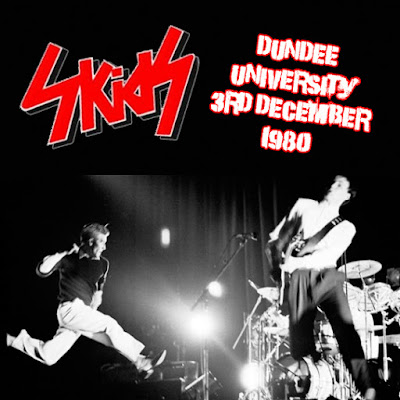 OK in the first support act related post, here's a short set (a radio broadcast) of The Skids playing at Dundee University in late 1980.

The band's association with The Stranglers however predates this show by a few years when they supported the band at Clouds Disco in Edinburgh in early February 1978, after which they also appeared on the bill on the Black & White tour and perhaps most notably at the Battersea Park event on 16th September of the same year. 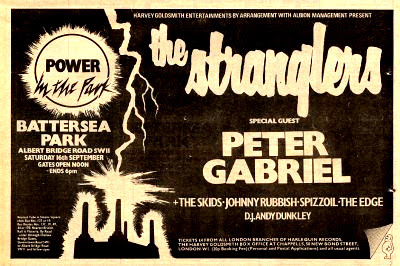 Richard Jobson, the band's flamboyant, twinkle-toed frontman also lent a hand at the Rainbow gigs of 3rd and 4th April 1980 when Hugh was incarcerated at Her Majesties pleasure in Pentonville nick. 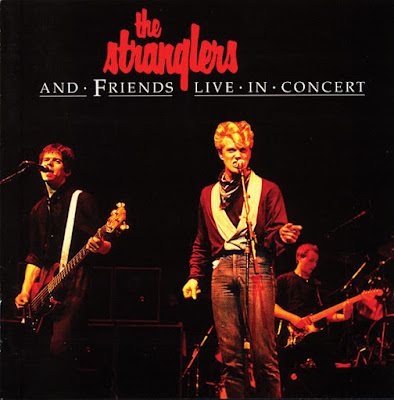 Email ThisBlogThis!Share to TwitterShare to FacebookShare to Pinterest
Labels: 1980, The Skids