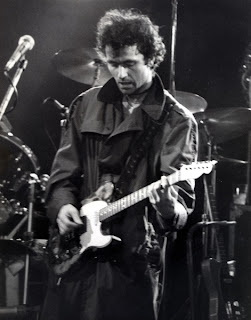 On the eve of The Stranglers Convention, where an undoubted highlight will be the band running through 1978's Black and White album..... Here's the blueprint.

The Black & White tour was not huge and featured no conventional London date (Battersea excluded) for the reasons posted earlier and is not well documented. The best on offer (and again thanks to Dom P for his excellent clean up) is this from Manchester Apollo.

Featuring no fewer than seven songs from the new album, this must be the standard for how they should sound live.

Give this one a listen!

To my ear, B & W transitioned the band from the punk rock sensibilities of the first two albums to the dark, sophisticated arrangements of The Raven. This September 1978 recording is a late punk roar from the band (before Hugh dropped the Ray Winstone tone between songs!!).

To those going to the Convention, enjoy the set. Will Baz attempt Sverige!?